ABHISHEK BACHCHAN SHARES FIRST GLIMPSE OF ‘THE KIDNAPPER’ FROM BREATHE: INTO THE SHADOWS 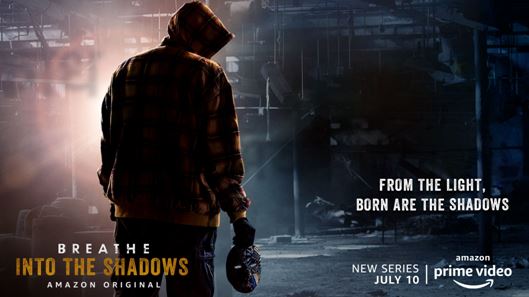 Abhishek Bachchan shared the glimpses of the antagonist of his in the upcoming all-new Amazon Original Series Breathe: Into the Shadows. The 55 seconds teaser has a tensed Abhishek Bachchan searching for his daughter on the streets. Meanwhile, an unknown person, who is introduced as the kidnapper warns Abhishek Bachchan’s character of something unpleasant.

The forthcoming series is directed by Mayank Sharma and bankrolled by Vikram Malhotra under his production banner Abundantia Entertainment. The show has been deftly written by Bhavani Iyer, Vikram Tuli, Arshad Syed and Mayank Sharma.  The trailer of the show is scheduled for launch on 1 July 2020.