BILL GATES ATTEMPTS TO EMBED MICROCHIPS IN MANKIND – THE REAL AGENDA BEHIND THE COVID-19 OUTBREAK. 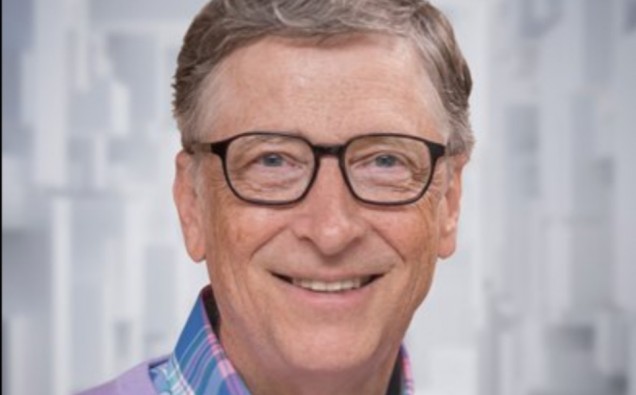 Russian chief Nikita Mikhalkov asserted that Billionaire Bill Gates may be trying to embed humanity
with nano-chips under the appearance of vaccination, attempting to control individuals. The
ultimate aim is to solve the problem of “over-population”.
The on-going coronavirus emergency has resulted in several conspiracy theories. People are trying to
find the “mystery” behind the pandemic. A bunch of them revolve around the Microsoft co-founder
Bill Gates and his endeavours to develop a vaccine against COVID-19.
Many “truth-researchers” found the Microsoft patent that recently got world-wide recognition to be
particularly disturbing. The patent WO/2020/060606 depicts a “cryptocurrency system using body
movement information – essentially, a gadget which can be utilized to mine digital coins using one’s
body. Or, then again, rather, grant cryptocurrency to the client whose body activity information is
checked, as the patent uniquely puts it.
The patent caught the attention of Nikita Mikhalkov, prestigious Oscar-winning movie director. The
director pushed quite a theory in another issue of “Besogon TV” ( generally translated as “demon
banisher”, named, In whose pocket the state is ?’. The show was aired on Friday by the Rossiya 24
TV channel, but was then quietly brought down from its schedule and not repeated.
The Russian director claims that the very name of the patent has a mysterious importance in it,
blaming Gates for attempting to embed people with nanochips to digitally control them.
Mikhalkov then goes on a tirade about a tragic future. The digitized society would be split into two
unequal parts, specifically the Elite and the Human drones they control. Furthermore, He pointed
finger at Herman Gref, the leader of Russia’s state-owned bank Sberbank who is a known defender
of digitalization of society and called him “The Gates Global Co-conspirator”. However, the director’s
theory lacked as to how the problem of over-population will be solved by the system.
The director’s new issue of “Besogon TV” became a web sensation, getting around 700,000 views in
less than a day.
The conclusions Mikhalkov drew are very fanatical and the patent WO/2020/060606 isn’t directly
connected to Gates. Gates is actually concentrating on running his and his better half’s Bill and
Melinda Gates Foundation. Moreover, it didn’t mention any microchipping, rather describing sensors
combined with a “device” to register body movement. One affirmed purpose behind such an
innovation is to encourage a healthy lifestyle with clients awarded cryptocurrency for working out.
Another such conspiracy which is closely linked to the above-mentioned theory, named Agenda
ID2020, was doing rounds on the internet a few days back. It says that vaccination aims to embed
nanochips in the humanity. The real motivation behind the vaccination is to control the very
personal information and belongings of a person and to reward or punish him digitally. The whole
agenda was planned behind the doors of the World Economic Forum (WEF) 2019. The theory
accuses Bill Gates and the Pharmaceutical companies such as The Rockefellers and The Rothschild
which are also the proponent of population control, were the master planners and are thus accused
for the outbreak of Covid-19 Pandemic.
Many celebrities, politicians and re-known personalities around the world are talking about this and
casting doubts on as to how this virus originated and spread and what is the real agenda behind it.

Recently Russian tennis legend Marat Safin said that the corona Virus could be an excuse for
embedding microchips into humans. Furthermore, he said that all this was planned at Davos
[Economic] forum and Bill Gates knew that. Everything was planned in a way so that this vaccination
agenda could work, said Safin. This tennis legend is not the only one who is supporting such
conspiracies, recently British former World Boxing Champion Amir khan said that the Installation of
5G could be the real aim behind this coronavirus outbreak.
Similarly, a petition has been filed against Bill and Melinda Gates Foundation in White House. The
petition says that American Government should investigate as to how the Bill and Melinda Gates
Foundation in collaboration with The John Hopkins Centre for Health security and the World
Economic Forum conducted Event 201, a high-level pandemic rehearsal on 18 October,2019, in New
York, just weeks before the outbreak of Covid-19. The petition states that Bill Gates has always been
indulged in such anti-human population control activities and we can’t trust his new vaccine against
the coronavirus.