The Importance of Hajj

Read on for details if you’re looking into planning Hajj in 2020  Hajj is the annual pilgrimage to Makkah in western Saudi Arabia that every Muslims is expected to perform at... 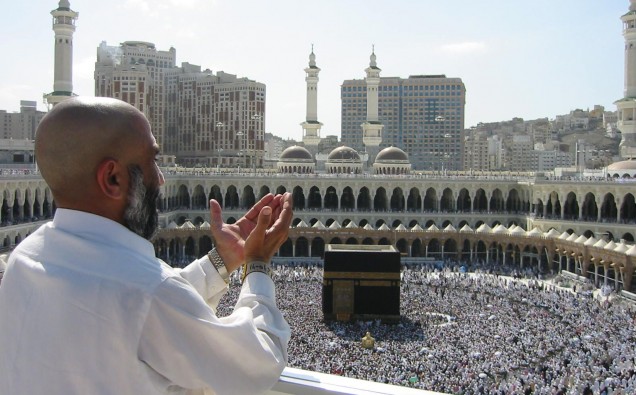 Hajj is the annual pilgrimage to Makkah in western Saudi Arabia that every Muslims is expected to perform at least once in their lifetime, provided they have physical and financial ability to undertake the spiritual trek

Hajj is the annual pilgrimage to Makkah in western Saudi Arabia that every Muslims is expected to perform at least once in their lifetime, provided they have physical and financial ability to undertake the spiritual trek.

When does Hajj take place?

Hajj takes place each year in the last month of the Islamic (lunar) calendar, Dhul Hijjah. Hajj officially starts on the evening of the 8th of Dhul Hijjah (Friday August 9th) and pilgrims can conclude the rituals either on the 12th (Tuesday August 13th) or the 13th of the same Islamic month of 1440 Hijri year (2019), corresponding to Wednesday August 14th. Hajj coincides with Eid Al Adha, or the Feast of Sacrifice, a major holiday for Muslims. Eid begins on the 10th of Dhul Hijjah, or August 11th (Sunday).

Where is Hajj performed?

Hajj takes place in Makkah, the birthplace of the Prophet Muhammad and Islam’s holiest city. Hajj rituals are performed in the Haram (which includes the Great Mosque of Makkah) and the other holy sites such as Mina, Mount Arafat and Muzdalifah.

How many people perform Hajj annually?

In total, more than two million people, mostly from abroad but including Saudis and expatriate residents of the Kingdom, will perform Hajj this year. More than 2.37 million Muslims made the journey to Makkah in 2018, including 1.75 million from abroad. All Muslims are invited to Makkah to participate, but the Saudi government, in order to control crowds, issues a certain number of visas to pilgrims each year. Muslims who have performed Hajj are called Hajjis. Some even add the title as a prefix to their names to denote their accomplishment.

Why do Muslims go on Hajj?

Hajj is one of the five pillars of Islam. It is the annual pilgrimage to Makkah, Islam’s holiest city.

Muslims from around the world, regardless of their ethnicity, colour, social status and culture, gather in Makkah to follow the footstep of the Prophet Muhammad (PBUH) and his followers on their first pilgrimage.

What are Hajj prayers, rituals and chants?

During the performance of the Hajj rituals, the pilgrims recite aloud the Talbiyah that opens with the verse: “Labbeika Allahumma Labbeik” meaning “Here I am, O God, here I am.”

“Hajj is Arafat,” is a well-known Hadith of the Prophet Muhammad signifying that standing in Arafat is an essential part of Hajj. Scholars interpret the saying thus: “Whoever misses the standing (in Arafat) has missed Hajj”. Once at Mount Arafat, the pilgrims stand in contemplation, one of the most solemn segments of the pilgrimage. They pray and ask God for forgiveness of their sins and listen to clerics delivering sermons.

One of the key rituals is to perform Tawaf, where the pilgrims walk around the Kaaba seven times counter-clockwise.

Tawaf Al Wada, or Farewell Tawaf, is the last rite of Hajj.

Here are some points highlighting the importance of Hajj:

Where do the pilgrims come from?

Pilgrims come from across the globe and representing all ethnicities and nationalities. More than 1.84 million pilgrims travelled to Makkah from abroad so far to perform the Hajj this year. They will be joined by hundreds of thousands of pilgrims from inside Saudi Arabia, comprising both Saudis and foreign residents of the Kingdom.

Saudi Arabia has invested billions of riyals to improve facilities for pilgrims since the 1950s. The country is increasingly relying on design engineering and technology to meet security, health and safety needs for the visitors. Numerous apps have been created to assist pilgrims in their journey. The movement of pilgrims between the holy sites, especially on the climactic day, is a major logistical challenge that the Kingdom successfully undertakes each year. During Day of Arafat, the more than two million pilgrims cram into a 33 square-kilometre area