One of India’s busy transit routes is getting an upgrade with an added declaration of $10bn from a new hyperloop project. The new development has excited many investors and... 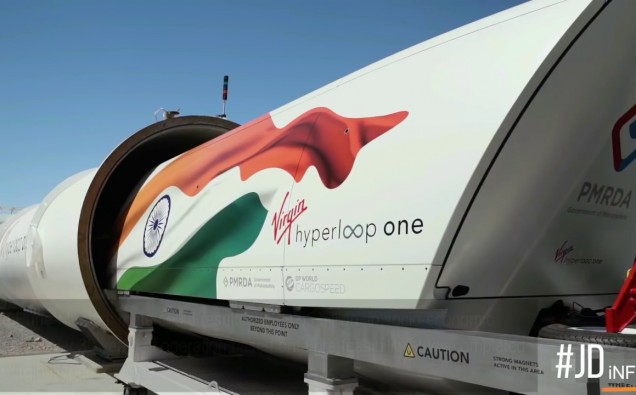 One of India’s busy transit routes is getting an upgrade with an added declaration of $10bn from a new hyperloop project. The new development has excited many investors and is expected to be the first of its kind. The new-build will transport passengers from Mumbai to Pune in just 23 minutes.

In the project meeting, the Maharashtra regional cabinet approved of Rs75,000 crores ($10bn) worth of funds investment. In a recent announcement, the state government said that this project would: “mark the beginning of a new age in the country’s transport sector”.

The hyperloop is an ultra-high-speed rail system, which launches passenger pods through smooth tubes using magnetic force at speeds of up to 750 miles (1,200 km) per hour. The (PMRDA), which is Pune Metropolitan Region Development Authority will administer the project which is expected to be mainly funded by the foreign investment. United Arab Emirates’ DP World and Virgin Hyperloop One have already signed up to be involved, but the project will be opened up to additional bidders.

The hyperloop will be completed in two phases. Phase 1 consists of an 11.8km (7.4 miles) section from Gahunje to Usse. It is estimated to be finished in two and a half years at the cost of roughly 5,000 crores ($724 million). An unnamed official had said the stretch for the phase had been chosen as a test track because of the technical challenges that can be faced and resolved.

If this initial phase proves to be a success, the remaining section between the Bandra Kurla Complex in Mumbai and Wakad in Pune will be completed in an estimated six to eight years. If this all goes well, India could become the world’s new hyperloop nation.

Thinking about starting a new business? Female entrepreneurs will face more obstacles than their male counterparts