This initiative is an important part of The FA’s broader inclusion plan, ‘In Pursuit of Progress’ 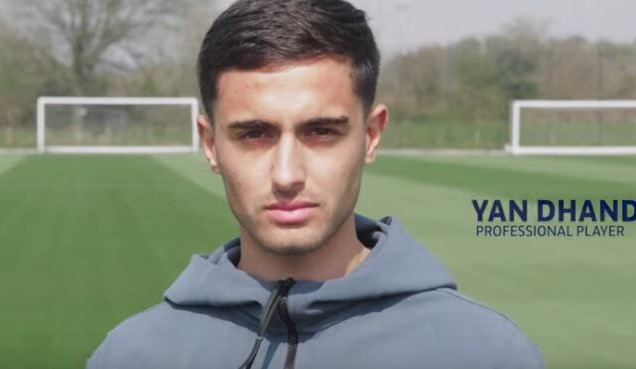 The Football Association [The FA] has launched the second phase of its ‘Bringing Opportunities to Communities’ strategy, which was first launched in 2015 to help increase the representation of Asian communities across English football.

This initiative is an important part of The FA’s broader inclusion plan, ‘In Pursuit of Progress’, which is The FA’s ongoing commitment to ensure the diversity of those leading and governing football better reflects what we see on the pitch in the modern game.

The announcement was made during a gathering of community members and football stakeholders at Aston Villa FC.

A key strand of this campaign focuses on the importance of role models and to raise awareness of the Asian ‘success stories’ in English football. To accompany the announcement, The FA has created a short film featuring four Asian role models, referee Lisa Rashid, England Women’s deaf futsal player Lucindha Lawson, Charlton Athletic Women’s manager Riteesh Mishra, and Swansea City FC player Yan Dhanda. It is hoped that the film will disprove outdated stereotypes and provide motivation for those who want to follow in theirs and other role models’ footsteps.

As part of the new ‘Bringing Opportunities to Communities’ drive, The FA will launch the first Asian inclusion in football online guide, which will share learnings, case studies and provide guidance on Asian inclusion for football at all levels.  It will also form an Asian female guidance group, which will inform the actions needed to embed Asian women in football at all levels. This work will form part of The FA’s next Women’s Strategy starting in 2020 through to 2024.

And, working alongside the Football Supporters’ Federation [FSF], The FA will introduce Asian fans forums, starting with the Euro 2020 qualifier between England and Bulgaria at Wembley Stadium connected by EE on Saturday 07 September 2019.

Paul Elliott CBE, Chair of The FA’s Inclusion Advisory Board, said: “The FA is passionate about helping to create an inclusive and diverse game and we want to continue to encourage and support anyone who wants to enjoy football, regardless of their background. We recognise the pivotal role The FA can continue to play in helping to break down the barriers that may stop people from getting involved in football as Asian communities have historically been underrepresented across all areas of the game.”