For inspiration and information, a visit to the Caravan, Camping and Motorhome Show, set across five halls of the NEC in Birmingham and open from 18 to 23 February,... 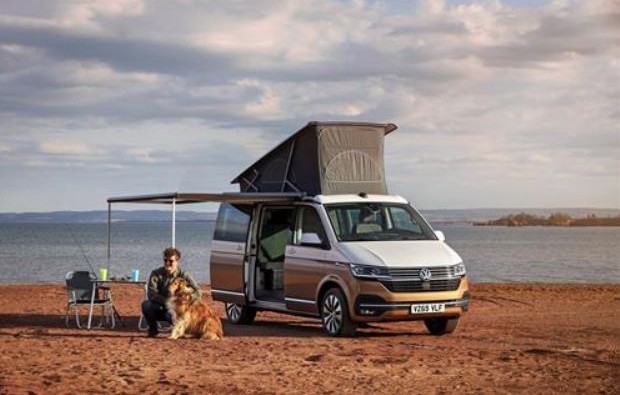 For inspiration and information, a visit to the Caravan, Camping and Motorhome Show, set across five halls of the NEC in Birmingham and open from 18 to 23 February, is a great way to start, and Volkswagen Commercial Vehicles is looking forward to returning this year.

Not only will the Grand California* be on display, but also making its UK public debut is the latest generation of California, the 6.1, in both Ocean and newly introduced Coast guises.

The California 6.1 builds on the reputation of the original California, over 175,000 of which have been produced across four generations, making it the most successful vehicle of its kind ever. The latest model has an updated exterior and interior, plus a host of new safety, convenience and connectivity functions to bring it up to date.

Most striking inside is a new touchscreen camper control unit with fully digital instruments which makes using the vehicle and its many functions – from the fridge through the heating to the roof – simple and intuitive. Also new for this generation is an inclinometer function: accessed via the camper control touchscreen, it shows whether the van is parked on level ground.

Two versions of the California 6.1 are available, the range-topping Ocean plus a new model, the Coast, which features the full kitchenette, heating and manual pop-up roof, with sleeping room for four. A 2.0-litre TDI engine powers both models, twinned with a seven-speed DSG transmission. The Coast offers 150 PS, while the Ocean is available with either 150 or 199 PS power outputs. For those wanting to venture further off the beaten track, 4MOTION four-wheel drive is optional on the 199 PS Ocean. Prices for the range start at £55,281 (RRP inc VAT and OTR costs).

The Crafter-based Grand California builds on many of the strengths of the original Transporter-based California, with the addition of a wetroom with toilet and shower. Two versions are available: the ‘680’ and the ‘600’, which not only has a double bed at the rear but also an optional overcab bed for children.

To celebrate the launch of the California 6.1, Volkswagen Commercial Vehicles has teamed up with the Caravan and Motorhome Club to offer one lucky winner the use of a California Ocean for the whole of August 2020, along with a host of other prizes including a year’s Caravan and Motorhome Club membership, return ferry crossing from Dover to Calais, surf lessons and an on-the-beach cookery lesson with campervan enthusiast and chef, Martin Dorey. For full terms and conditions and details on how to enter, go to https://ccmshow.co.uk/news/win-a-luxury-campervan-holiday-for-the-entire-month-of-august-2020/

Revamp for Wolverhampton’s Half Marathon for 2020

How Digital Nomads are Shaping the World of Work in 2020