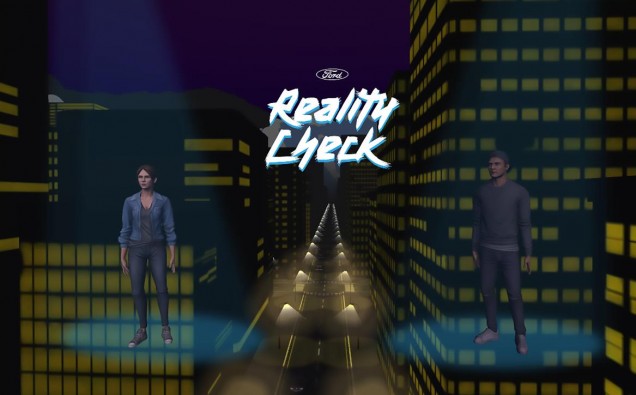 Ford has partnered with Google and award-winning virtual reality (VR) studio Happy Finish to launch Ford Reality Check, a VR app that brings to life the potentially fatal consequences of driving while distracted.

The first-of-its-kind experience uses Google Daydream VR to cast you as a distracted driver picking up friends on the way to a party. Instant messages, phone calls and chatty passengers all compete for attention, sparking a series of near misses. The final distraction proves fatal – and you are to blame.

“Being involved in a car crash can be a life-changing experience – and sadly, for too many young people, one that cuts lives tragically short. We hope that by providing a chilling glimpse of how easily this could actually happen, we will encourage young people to drive more safely,” said Jim Graham, manager, Ford Driving Skills for Life. “Virtual reality is the ideal medium to highlight the dangers of distracted driving to young motorists. This age group is more likely to engage with VR, and studies suggest immersive experiences in virtual worlds can positively influence behaviours in the real world too.” **

The interruptions faced by drivers in Ford Reality Check are based upon the most prevalent and dangerous distractions for this age group, including those from smartphones and passengers. The app tracks the amount of time the driver doesn’t have their eyes on the road, displaying the total at the end.

In the app, the smartphone in the driver’s hand becomes a key interactive element. The handheld Google Daydream controller, a unique component of the Daydream VR platform, mirrors the behaviour and interactions of the virtual phone within the app, enhancing the sense of presence in the virtual world.

Ford Reality Check is the first app for the Google Daydream VR platform aimed at educating young drivers. “The powerful creative collaboration between Ford, their agency partners and Google (Zoo) has given rise to a meaningful educational VR project that has the potential to save many young drivers’ lives,” said Steve Paler from Google.

In initial tests, 90 per cent of those who used the app said they would change their driving behaviour after the experience.

“With Ford Reality Check, we have created a safe environment in which to fail – and to learn,” said Daniel Cheetham, for Happy Finish. “It’s one thing to show an educational film to young drivers; it’s another thing entirely to immerse them in its reality. However, we are sure all drivers will benefit from this experience.”

Uber to continue operating in Birmingham