A crooked accountant who tried to escape justice by forging a medical report from a Cypriot hospital has been jailed for a £400,000 VAT scam.  Rakesh Sidhpara, of Wheatmoor... 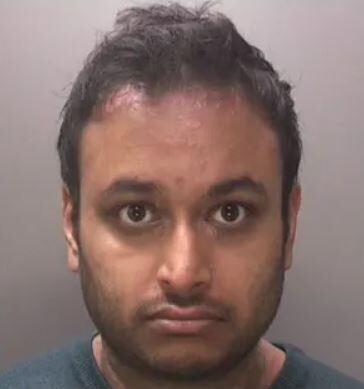 A crooked accountant who tried to escape justice by forging a medical report from a Cypriot hospital has been jailed for a £400,000 VAT scam.

Sidhpara tried to delay his own trial in September last year by sending the court a forged five-page medical report from Cyprus, which claimed he couldn’t attend because of kidney stones.

But a HMRC officer raised suspicions about the stamp and signature on the medical report and went on to prove it was a fake. During the trial he had also sent several emails directly to the judge.

Sidhpara returned to the UK during the three-week trial and admitted the three-year VAT fraud. He was jailed for five-and-a-half years in December, 2018. He also admitted attempting to pervert the course of justice, and was sentenced to an extra year in prison.

The 35-year-old acted as an accountant for a number of small firms and had the fraudulent VAT repayments paid into various bank accounts, which included some belonging to him and his wife, who helped him launder more than £80,000.

The cash was used to lease expensive Mercedes cars and to buy a large detached home for him and his 32-year-old wife, Ritu Sidhpara, who was also jailed for 23 months after admitting money laundering offences. The couple also enjoyed more than a dozen holidays between 2010 and 2013, which included trips to Las Vegas, Mexico, India, Dubai and even a VIP studio tour of the CNN headquarters in Atlanta.

Tanveer Akram, 35, from Handsworth, also received cash from the fake VAT returns and passed the proceeds of crime back to Sidhpara. He was convicted of VAT fraud during the same trial at Birmingham Crown Court and was also jailed two-and-a-half years.

“Sidhpara thought he could lie to us and to the courts. He was wrong. He will now spend even more time behind bars thanks to our eagle eyed officer.

“This was a significant and sustained attack on the public purse, orchestrated by Sidhpara, along with his wife and business partner. The Sidhparas spent money on a lifestyle they could not legitimately afford and bought a large house with the proceeds of the crime.

“VAT fraud will not and should not be tolerated. If you know of anyone who is committing this type of crime you can report them to HMRC online or call our Fraud Hotline on 0800 788 887.”

Sidhpara, his wife Ritu and Akram were arrested in July 2013.

The trio, led by Sidhpara, claimed £407,587.56 between January 2010 and July 2013 through several companies – some did not exist while others were small taxi, recruitment and car wash firms.

Sidhpara used the bank accounts of some traders and hijacked others so payments were diverted into his own accounts without the knowledge of the businesses.

Sidhpara and his wife left the UK before the trial started. His wife returned for their trial on September 17 and admitted money laundering offences. But he stayed in Cyprus and then emailed the forged medical report to the judge.

He was arrested on October 3 after arriving at Birmingham Airport on a flight from Dubai.

During sentencing, at Birmingham Crown Court, Judge Richard Bond QC, described Rakesh Sidhpara as “thoroughly dishonest” and “a conman” who was the “controlling mind of the fraud.”

During sentencing of his wife, he added:

“Ritu Sidhpara returned to the UK in September. She sat in the dock knowing that a completely false medical report had been handed over.

“Rakesh Sidhpara almost got away with it, but enquiries revealed that the report was utterly false from start to finish.

“Photos from the defendants Facebook page demonstrate that Ritu Sidhpara was, from 2010 until 2013, living a lifestyle that was far beyond that of an ordinary human being.

“This was a money laundering arrangement and Ritu Sidhpara was aware of it from the outset. She entered into this with her eyes wide open.”

HMRC will now seek to recover the proceeds of the trio’s crimes.