Schools across England have received letters against the teaching of relationships and sex education (RSE) and LGBT equality. Protests started in Birmingham and letters are mostly from Muslims, which... 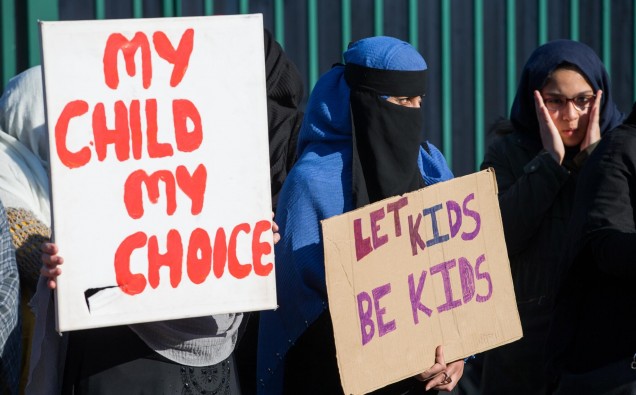 Schools across England have received letters against the teaching of relationships and sex education (RSE) and LGBT equality. Protests started in Birmingham and letters are mostly from Muslims, which have been sent to several schools. One campaigner said relationship lessons due to begin in schools in 2020 “preach a homosexual way of life”. Supporters of the lessons claimed that there was a lot of misinformation.

Letters against the lessons have been sent to schools, which are based in Birmingham, Bradford, Bristol, Croydon, Ealing, Manchester, Northampton and Nottingham. Letters have also been sent from Christian parents in Kent as well. Mainly Muslim families have been protesting outside of Anderton Park Primary School in Birmingham after pupils were handed out books featuring transgender children and gay families.

Leader of the protest Shakeel Afsar has said: “All we are worried about is we are having our children come home with the material that opposes our moral values.”

Another protester, Amir Ahmed, had said that it is not about gay, lesbian rights and equality, but it is purely about preaching a homosexual way of life. When we asked if he believed that children could be “recruited to be gay”, he replied, “You can order them to accept this as being a normal way of life, and it makes the children more immoral as they grow older.”

Anderton Park headteacher Sarah Hewitt-Clarkson said that she had spoken with parents, but days later leaflets spread accusing the school of “lying” and having a “gay ethos”. Protesters have claimed that they are not homophobic. However, Whatsapp groups have been formed by parents regarding the topic, with large numbers of contributions and some people using homophobic language.

Labour MP Wes Streeting, who is openly gay and co-chair of the All Party Parliamentary Group on British Muslims, said: “When you are standing alongside people talking about the preaching of children, a homosexual agenda, immorality, I’m afraid you’re homophobic.”

An Imam from Leicester, Shaykh Ibrahim Mogra, said he was disappointed with the reaction of the protesters. He said that they need to calm down and think very carefully, as it is a sensitive topic. He also said that Mr Ahmed’s use of the word “preaching” was miserable, and he doesn’t believe there is an effort on the part of LGBT communities in trying and convert himself and others to become gay people. It’s something he doesn’t choose into or opt out of. Mogra continued: “There is a lot of misinformation, and it is not about promoting homosexuality, but it’s about making our children aware of the LGBT communities.”