A four-year-old from Harrow who’s searching for a stem cell donor is set to be honoured by blood cancer charity Anthony Nolan, at a digital awards celebration next month     Veer... 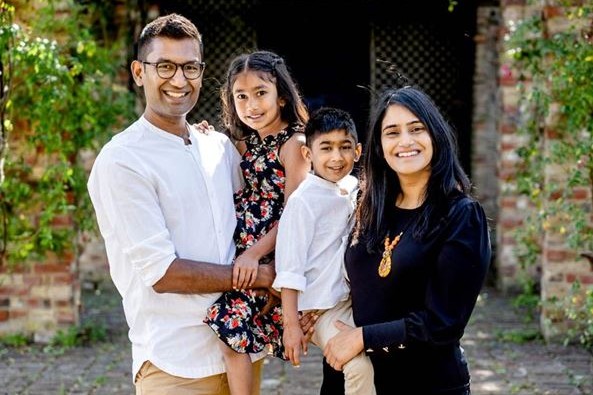 A four-year-old from Harrow who’s searching for a stem cell donor is set to be honoured by blood cancer charity Anthony Nolan, at a digital awards celebration next month

Veer Gudhka has been shortlisted for the John Petchey Young Hero of the Year at the Anthony Nolan Supporter Awards 2020. Additionally, his friends and family who launched the Help Veer Now campaign last year, have been nominated for the charity’s Minority Ethnic Advocate of the year award.

The prestigious Anthony Nolan Supporter Awards are back for their eighth year and will recognise the outstanding achievements of the volunteers, fundraisers, clinical supporters and donors who help the pioneering blood cancer charity save lives. The awards ceremony is usually held at the Tower of London, but with mass gatherings of this nature currently unable to take place there will be a digital celebration instead, where celebrities and other specially invited supporters will announce the winners of each category in specially pre-recorded films.

Veer Gudhka is one of only a few hundred people in the UK to have inherited a life changing illness called Fanconi Anaemia which results in a decreased production of all types of blood cells. His best hope of survival is through a stem cell transplant from an unrelated donor. Last year, Veer’s family launched the Help Veer Now campaign, to encourage more people of Asian descent to sign up as stem cell donors.

The Help Veer Now Campaign has recruited over 1200 people to the register through a combination of events and online recruitment. A huge 76% of these new recruits were from a minority ethnic background.

March’s lockdown didn’t stop the campaign and with an event planned, Help Veer Now adapted to a virtual format, raising both funds for Anthony Nolan and awareness of stem cell donation within the British Indian community. To date Veer and his family have raised £12,098

Additionally, Veer’s father, Nirav has co-authored a children’s book, with publisher The Jai Jais. The book, entitled Mahavir, is dedicated to young Veer and a percentage of the sale of every book is being donated to Anthony Nolan.

Nirav Gudhka, Veer’s father, said: “We are so touched to be shortlisted for our award category. We had a very busy year of campaigning last year, and this recognition put a big smile on our faces.

“It’s also very ironic that Veer has been searching for his superhero, but is being recognised as a hero himself.”

Henny Braund, Chief Executive of Anthony Nolan, said: “It is remarkable to see how many people support our work to find a match for those in need of a stem cell transplant. Without them, none of our life-saving work would be possible.

“Veer is only four years old. He and his family have had so much to contend with already in his life but none of this dampens their enthusiasm to create meaningful change by helping to diversify the register.

“Through sharing Veer’s story, they’ve inspired potential donors and raised vital funds that will help other patients going through the same thing and ultimately save lives.”

All winners will be revealed today at www.anthonynolan.org/awards

Anthony Nolan is the charity that finds matching stem cell donors for people with blood cancer and blood disorders and gives them a second chance at life. It also carries out ground-breaking research to save more lives and provide information and support to patients after a stem cell transplant, through its clinical nurse specialists and psychologists, who help guide patients through their recovery.

To see the full shortlist, and find out more about the charity visit www.anthonynolan.org/awards