Working with local communities the city council has launched the Birmingham Digital Inclusion Strategy. It is aimed at ensuring that all our citizens can better use the opportunities that... 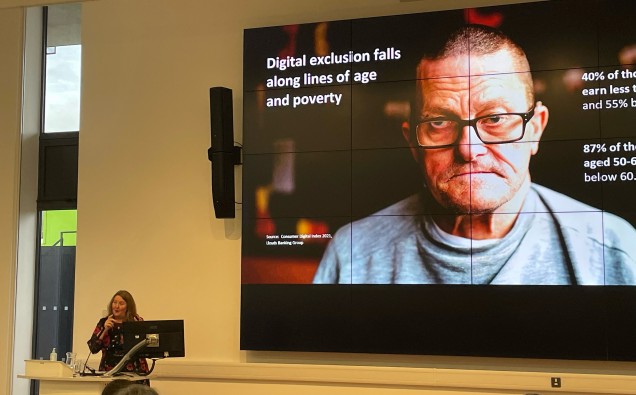 It is aimed at ensuring that all our citizens can better use the opportunities that online digital services can bring to support greater equality and fairness across the city.

During the pandemic many people have had to rely on the internet and digital devices to access support services for the first time. However, in some parts of the city people have struggled to do things online; whether that’s keeping in touch with family and friends, seeking job opportunities, accessing financial support, accessing medical appointments, ordering goods online, or even transacting with city council services. In particular, those that are vulnerable have been impacted the most.

At the launch event residents and school pupils spoke of their experiences and the importance of having regular access to digital services, alongside organisations that supported them. They spoke about the difference being connected made and the opportunities that this opened up for them and their families as well as the support they received from their school or other organisations without which they would have struggled with everyday living activities that many of us just take for granted.

Councillor Brigid Jones, Deputy Leader of Birmingham City Council, said: “It was incredibly moving to learn about the lived experiences of some of our citizens, but also encouraging to hear how they were helped by a range of organisations across the city. While ending digital poverty is a national challenge, here in Birmingham we are taking real steps forward by identifying the issues and taking action collectively.”

Jill Sweeney, Head Teacher of Aston Manor academy, said: “The pandemic has highlighted the fact the IT infrastructure isn’t good enough to cope with the demands and the technology we need now and in the future. This event has enabled me to meet and connect with other organisations that can support us with knowledge and skills and to work in partnership in the future.”

Councillor Jayne Francis, Cabinet Member for Education, Skills and Culture, said: “There are already too many digitally-excluded people in the city and while the pandemic has really exacerbated it, it has also highlighted the true extent of the problem. The digital skills gap affects many young people and was identified in the Breaking Down Barriers report looking at the economic challenges facing the younger generation in Birmingham. We can only overcome this skills gap by working together to support young people with their future careers.”

The strategy launch is the first of many engagement opportunities aimed at kick-starting conversations about how we can work in collaboration to start to identify opportunities and interventions to support our citizens and communities.

The city council is already helping citizens access digital devices, with around 1,000 made available to young vulnerable school children by working jointly with the Digital Education Partnership, with devices and funding being provided by the council and other organisations.

A further 2,200 council devices have been identified and are expected to be freed up within the next few months, as the city council continues to refresh its own digital kit, which we are making available to citizens and communities working through our charities and voluntary sector groups.

This is in addition to the 630 desktop devices that are being distributed to community organisations as part of the council’s ‘Computers for Good Causes’ initiative. Over 80 organisations are set to benefit from this including charities and voluntary sector organisations, some of whom support black and minority ethnic communities, those that support people with disabilities and those that are involved in settling newly arrived people and families into the city.

This is an ongoing commitment and we intend to make available up to 5,000 devices which will be recycled over the next two-year period.

The council is also establishing a new digital inclusion team to work alongside city partners and stakeholders to provide co-ordination and support to community organisations in developing their digital inclusion approaches.