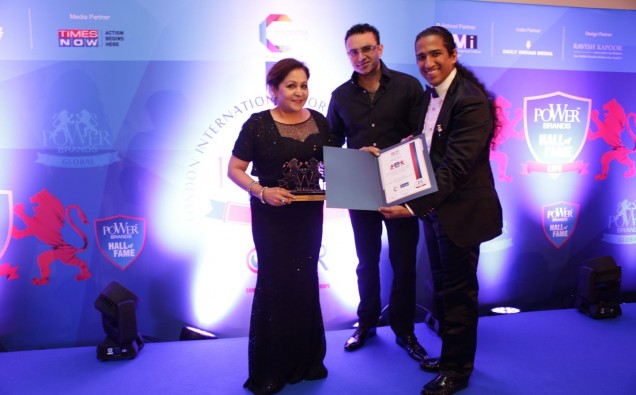 Neena Gill MEP is currently serving her third term as a Labour member of the European Parliament for the West Midlands, having spent over 18 years working in social housing in a variety of inner-city areas across the UK to tackle issues of social deprivation and homelessness. She hit the headlines by setting up the country’s first Asian only sheltered accommodation. Discussing her career’s story at the event, she said: “Thank you for this honour. I’ve been a campaigner for equality since a young age, ever since I felt that the Indian and Asian communities were discriminated against, particularly in housing. That’s why we set up Asian housing providing Black and Asian people with equal access to housing. Sometimes all it takes to make a difference is a good idea.”

Hosted by sports journalist, author and broadcaster Ian Stafford, and model-actress Ellie Torrez, with India’s leading 24-hour English-language news channel TIMES NOW supporting the event as Media Partner, the evening saw some of the most recognisable brands in the world receive an award including Lamborghini, Pirelli and Best Western. The evening also saw the unveiling of the Global Wage Equality Vision Document based upon a forthcoming book by Dr. Malay Chaudhuri and Prof. Arindam Chaudhuri, launched to fight for a just world which has a 3:1 ratio of wages between the highest paid worker to the lowest paid.

This year’s inductees featured figures from the Charity/ Not for Profit sector, Sports, Politics and Business, including: