Stirling to Blast for the Bears in 2022

Big-hitting Ireland opening batter Paul Stirling is heading to Edgbaston this summer as the Bears second overseas player for the 2022 Vitality Blast. Born in Belfast, Stirling (31) is... 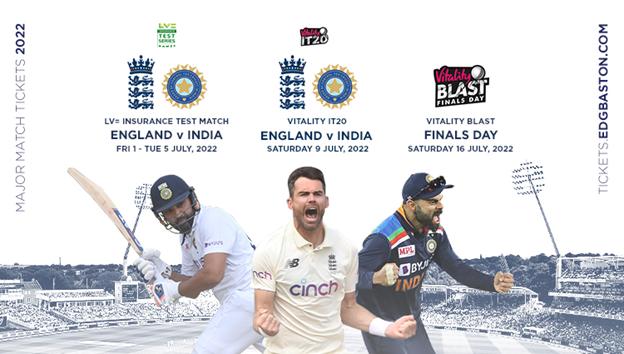 Big-hitting Ireland opening batter Paul Stirling is heading to Edgbaston this summer as the Bears second overseas player for the 2022 Vitality Blast.

Born in Belfast, Stirling (31) is one of the most decorated players in the history of Ireland cricket having made 241 appearances across all formats with 13 centuries. He will join the Bears for the opening 12 games of the tournament before returning for international duty. He may also be available for Finals Day if the Bears secure a place at their home ground of Edgbaston on Saturday 16 July.

“Paul could be a transformational signing for us in this year’s Blast,” said the Bears Director of Cricket Paul Farbrace. “He is one of the most powerful openers in the T20 game and has lots of experience on the biggest stage, having played in World Cups and global franchise tournaments.

“With a new look opening pair of Paul and Alex Davies in this year’s Blast, it’s an incredibly exciting line-up that Carlos Brathwaite is going to be captaining when we take to the field at Edgbaston for our opening game against the Steelbacks on 26 May.”

In the wider T20 game, Stirling has amassed 6,952 runs with two centuries and 47 half centuries at a strike rate of 141.67. He scored a Player of the Match 61 to help Southern Brave beat Birmingham Phoenix in the inaugural men’s final of The Hundred and has 12-years’ experience in the Vitality Blast with Middlesex and Northants. Stirling is also a prominent figure in the Pakistan Super League, the Bangladesh Premier League and the Abu Dhabi T10.

“I’m incredibly excited to join up with the Bears for this year’s Vitality Blast,” said Paul Stirling. “They were the masters of the red ball game last year but also have big ambitions in white ball cricket and want to be playing at home on Finals Day.

“I’m also relishing making Edgbaston my home. It’s one of the top grounds in the world with a fan base who are renowned for generating the best atmosphere in the game. It’s going to be a special few weeks and I can’t wait to get started.”

All seven of the Bears home games in the 2022 will be played at Edgbaston, including the West Midlands Derby with Worcestershire Rapids on Friday 24 June, when they look to retain the Norman Gifford Trophy.

Early Bird tickets are currently available for all seven games, priced from only £15. Under 12s go FREE to all games and 12 to 15-year-olds are £5.

Excel London to host 20,000 Muslims for a celebration of food, shopping and culture