The innovative FOS Future Lab returns to the Goodwood Festival of Speed presented by Mastercard for 2018, following its hugely successful premiere at the event last year. Promising to... 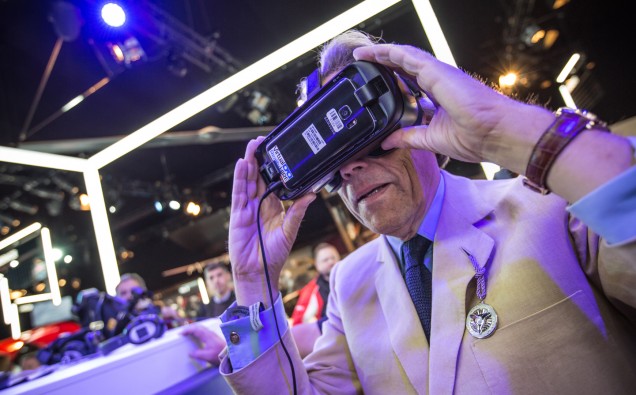 The innovative FOS Future Lab returns to the Goodwood Festival of Speed presented by Mastercard for 2018, following its hugely successful premiere at the event last year.

Promising to be bigger and better in its second year, the exciting feature is housed in a pavilion located on the Goodwood lawn and plays host to some of the most innovative and forward-thinking visions of future technology.

Among the key future technology trends and themes showcased by this year’s FOS Future Lab will be space exploration, autonomous transport, robotics and personal flight. Visitors will be able to view displays and demonstrations, interact with some of the technology for themselves and learn more about these exciting innovations.

FOS Future Lab will feature four key partners, each of whom will host activations in the exhibition. Leading consumer technology giants Samsung and Siemens form two of these pillars, alongside Roborace – the company behind the world’s first self-driving electric racing car – and global healthcare brand, Randox.

One of this year’s major attractions in the FOS Future Lab will be Makr Shakr, an advanced robotic mixologist. The robotic arms of the system mimic the actions of a bartender, from the shaking of a Martini, to the slicing of a lemon garnish, and it can mix an almost limitless number of cocktails.

The robotic bar will be in action throughout the weekend, serving up mixed soft drinks for FOS Future Lab’s younger visitors.

Lucy Johnston, curator of the FOS Future Lab, said: “We are delighted to be bringing this exhibition pavilion back for a second time after the success of last year – the inaugural FOS Future Lab had queues stretching out the doors all weekend, and was really well received by visitors.

“In 2018, the FOS Future Lab will be even bigger and will feature some incredible innovations and technologies for visitors to experience. While last year’s exhibition predominantly focused on the future of automotive, the themes we are exploring this year are wider-ranging. From lunar rovers and homes on Mars, to jetpacks, wearable tech and robotics in various forms, FOS Future Lab will be bursting with interactive displays and demonstrations.”

Tracey Greaves, chief commercial officer of the Goodwood Group, said: “FOS Future Lab has been a great addition to the Festival of Speed and this year it promises to be a cathedral to last year’s church. It adds an exciting and unique element to the Festival which sets Goodwood apart from all other motoring events.”

FOS Future Lab will be open to the public throughout the Goodwood Festival of Speed, which runs from the 12th – 15th July 2018, 7am – 7pm each day.