An outline planning application for the second phase of the regeneration of Perry Barr has been formally submitted to Birmingham City Council. Proposals for the 12.27 hectare site could... 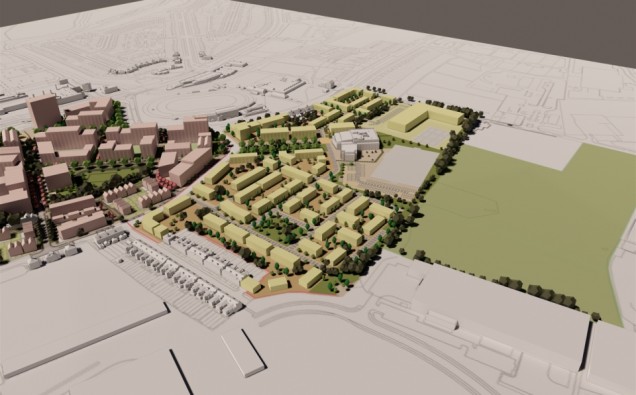 An outline planning application for the second phase of the regeneration of Perry Barr has been formally submitted to Birmingham City Council.

Proposals for the 12.27 hectare site could see the delivery of around 400-500 new homes, associated public open space and a new secondary school for 1,260 pupils.

The area, between Holford Drive and Aldridge Road in Perry Barr, is adjacent to the site of the former Birmingham City University Campus – already being demolished to make way for the residential element of Birmingham 2022 Commonwealth Games Village, which will then be converted into approximately 1,400 new homes for the public post-Games.

The Phase Two site, the subject of the planning application submitted today, is set to come forward for development after the Games, as it will initially form part of the Athletes’ Village, accommodating a number of facilities during the period of the Games such as the dining hall and other temporary facilities.

As this site is not proposed to be developed until after the Games the exact details regarding the mixture of housing type and tenure are unconfirmed at this stage, but it is expected to provide mainly family housing. There would also be a sporting legacy through improved access to facilities in the area including the retained Doug Ellis Sports Centre and associated all-weather pitch currently at the heart of the Phase Two site.

A decision on this outline application is due from the council Planning Committee in summer 2019. The secondary school would open in 2021 if approved at planning.