Meet Chef Giorgio Diana : His passion of cooking made him the world’s best chef

A chef from Italy raised his name in the world as “The Best Chef” with his hard work and passion , Chef Giorgio Diana ( Instagram A/c : giorgio_diana_82... 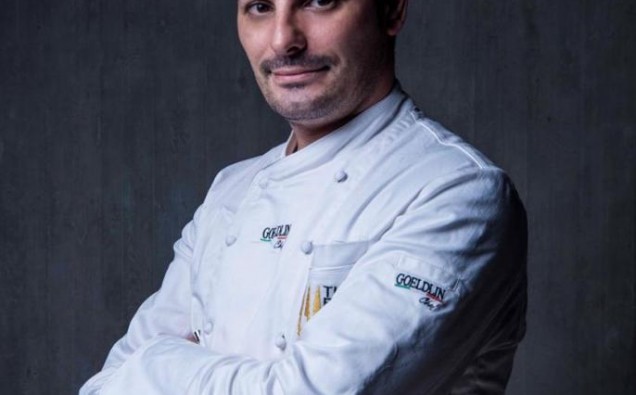 A chef from Italy raised his name in the world as “The Best Chef” with his hard work and passion , Chef Giorgio Diana ( Instagram A/c : giorgio_diana_82 ) born and raised in Cagliari Italy moved to Germany at the age of 17 to study German, French, Japanese & molecular cuisine. In Munich he worked for some of the famous Michelin awarded chefs like Bobby Breuer, Giovanni Marchesani, Claudio Turrin and Shane McMahon. He traveled to many countries to acquire experience in his profession . His success journey started from the year 2015 when he was awarded “Cook of the year” within months of Joining the Rixos, Mryia Hotel located in Crimea, Russia, as well as being nominated in The Best Chef Awards list. He is also the official international judge for the “WORLDCHEFS” (WACS) judging international culinary competitions and advising gastronomic institutions. And after this one by one he moved up to the success ladder of achieving unlimited awards . He never sits back and enjoys success, he becomes more passionate towards his work when he gets praise and achievements .  Right now he moved back to Cairo for his latest venture by becoming a partner with Dr. Ahmed El Beltagy (son of the previous Egyptian minister of tourism). Dr. Ahmed El Beltagy and Chef Giorgio Diana are opening a new eagerly awaited culinary concept called “Lucida” in the city of Cairo by mid 2022.

Chef Giorgio is also the CEO & Founder of Dinner Incredible, a multi- handed dinner based on intercultural exchange that turns its gaze to the enhancement of the local raw materials, a whole new concept, which starts from the curiosity and the continuous desire for knowledge of chef Giorgio Diana.

Q.) How do you feel being worldwide recognized so many times and working with famous Michelin awarded chefs ?

Chef Giorgio : I feel proud of myself, even if it’s been a long time now since the last one.(2019)

It was the result of a huge sacrifice accompanied by great passion, love and consistency.

Since the beginning of my career I have always thought that if I have to follow this route then I will follow it 100%, learning from the best by sacrificing everything and everyone.

At the age of 17 I left (alone) Sardinia for Germany with only one goal, to follow my passion which is “cooking” and one day hopefully be a successful chef.

Q.) You combine traditional and modern techniques with Arabic accents in your cooking. Why ?

Chef Giorgio : I was born in Sardinia and we also have some Arab influence on our territory, the raw materials are almost the same, used in different ways and therefore made my culinary progress more interesting acquiring a lot of knowledge and experience year by year.

Let’s say that over the years the experience increases and therefore I have created my own style of cooking, always bringing my culinary experiences with me, using local products and studying the area (Middle East) where I work for many years now without ever forgetting the world culinary evolution of cooking.

I have been working in Egypt since 2016 and Arab cuisine is one of the oldest in the world, rich in history with many fine spices and legumes that have intrigued and influenced my culinary journey until today.

Q.) You traveled to so many countries ,which country’s cuisine do you like the most and why ?

Chef Giorgio : The country that honestly fascinated me the most is Hong-Kong. Whatever you want to try, experience, discover and taste over there is possible. The freshest ingredients, the raw materials , the super fresh fish that arrives at the local market every morning is something incredible and beautiful. I discovered a lot of fruits and vegetables that I had never seen and used before and therefore at the same time I learned how to work with them.

Q.) Do you agree that in Italy each region has its own spin on Italian food  for eg.) pizza, spaghetti comes from central Italy , North Italy it’s fish, potatoes, rice etc. ?

Chef Giorgio : Yes and  Italy is so beautiful for this reason. Italian cuisine is a rich cuisine that varies from region to region. From north to south, Italian cuisine is very complex due to its simplicity of ingredients and at the same time different from one side to the other.

Q.) What motivates you to cook Mediterranean cuisine  ?

Chef Giorgio : The best motivation for me was to study & discover the area where I have been since 2016,which is  Egypt. When you work outside of your country you must always take into consideration two factors that are very often overlooked, the territory and the customers. I have always tried to make my customers happy by using their products in my way.

Q.) Your cooking style includes a touch of molecular cuisine science . Why ?

Chef Giorgio : I have always loved molecular cuisine since my German time but it is not easy to find the right clientele to do it, so I thought of using it as a “final touch” on my dishes making the dish itself more beautiful and interesting without ever forgetting the food pairing , which is the most important thing to follow when you are creating a dish, a recipe.

Q.) Your origin is from Italy so why do you choose Mediterranean cuisine instead of Italian cuisine ?

Chef Giorgio : I’ve always been fascinated by other cuisines, different cultures and always tasted things that I did not know before. Doing this I discover new flavors and automatically I create new ideas and new recipes. Cooking is great because you never stop learning from it, the world of cooking is huge so why not to discover more than one cuisine?

Q.) Is Italian cuisine influenced by Romans and Greeks ?

Chef Giorgio : Italian cuisine has been influenced by Etruscan, Ancient Greek, Ancient Roman, Byzantine and Arabic cuisines and has developed with the history and social and political changes for many years.

Q.) You play with colors  , there is a light and dark color combo reflected in your food. Any specific reason for it ?

Chef Giorgio : More than playing with colors, I think because I follow the pairings, combinations and seasons.

Q.) Any advice to the upcoming chefs ?

Chef Giorgio : Guys cooking is not like you see on TV, cooking is love, passion and determination. Being a chef is not easy, you spend all your time inside the kitchen. On weekends, holidays and birthdays you are always at work but still (for me) it is the best job in the world , so if you do it, do it 100% otherwise don’t do it at all.