Everything looks good. After a brutal second wave of attacks in the winter, the lockdown and the rapid introduction of vaccines forced infections, hospitalizations and deaths to their lowest... 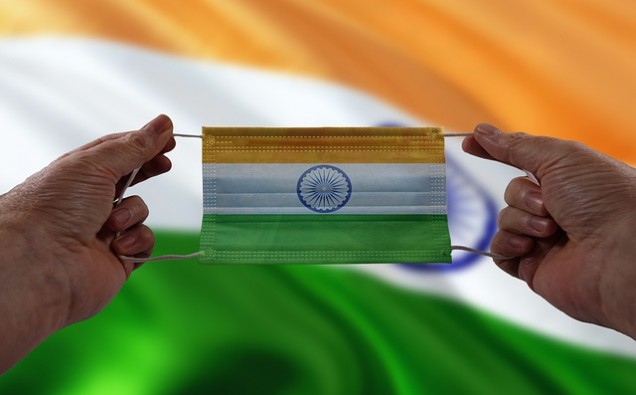 Everything looks good. After a brutal second wave of attacks in the winter, the lockdown and the rapid introduction of vaccines forced infections, hospitalizations and deaths to their lowest levels since last summer. These vaccines performed better than expected, not only in preventing deaths, but also in preventing the spread of the virus. The scientific advisers are confident in the prudent route to normal life in the UK: the worst seems to be over. Now, those same consultants are deeply concerned that India’s new focus, B.1.617.2, may undermine hard-won achievements. The government’s strategy has always been to relax the scope of vaccination in order to relax restrictions in order to achieve a delicate balance, thereby opening up society and preventing another wave that swept the NHS. But the new variant is here. What this means is still uncertain. Take the outbreak in Bolton and surrounding areas out of the picture and the situation in England looks much less frightening, suggesting that the region may be an outlier. Yet some scientists working on B.1.617.2 believe that it is destined to supplant the dominant and highly transmissible Kent variant, B.1.1.7, in the United Kingdom, noting that maps showing the steep rise in cases displayed, looks terribly similar to the boom of the Kent variant in December. Their concerns have been supported by the Sage Committee, which recommended on May 5 to ministers that reducing the number of variant infections has now become a “policy priority”. Experts say that a highly transmissible variant (which more easily spreads than the Kent variant) “could cause a very serious wave of infections, and without intervention, it could be larger than what was seen in January 2021.” Epidemiologists are still struggling with how widespread the anxious Indian version is. Public health in England believes this is at least as widespread as the Kent version, but preliminary work based on Indian genome sequencing raises the possibility of it spreading up to 60% more easily. The variant also threatened the government’s plan to remove all remaining barriers to social relations as of June 21, and the authorities now promise full details by the end of May.

The proliferation of the Indian variant also put the British Prime Minister in a difficult position when he was criticized by his former chief adviser, Dominic Cummings. Mr Johnson also faced pressure to add India to the so-called red list. Labour have accused the government of “catastrophic missteps” and raised questions to delay the early cessation of travel from India to stop the spread of variants in the country. Hancock repressed criticism by listing India on the Red List on April 23, almost a week before variant B.1.617.2 was studied and two weeks before it was classified as worrying.

THE GENESIS OF ON-GOING CONFICT BETWEEN ISRAEL AND PALESTINE: