With the highly anticipated ‘Karwann’ just around the corner, audiences have been bursting with excitement for the summer feel-good-factor film that promises excitement, quirky humour and stellar performances. Following... 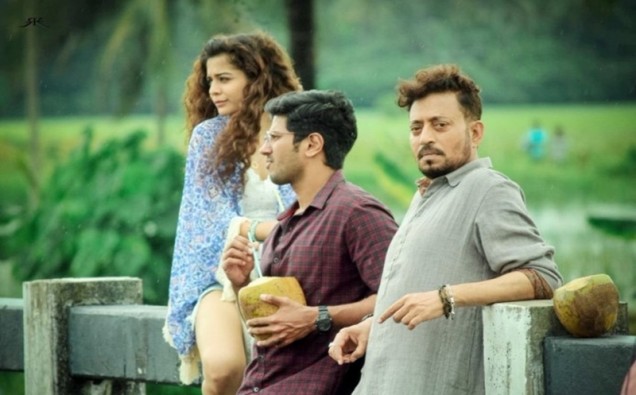 With the highly anticipated ‘Karwann’ just around the corner, audiences have been bursting with excitement for the summer feel-good-factor film that promises excitement, quirky humour and stellar performances.

Following the release of the trailer, the first song from the film’s adventurous album has been released, “Chota Sa Fasana”, performed by the iconic Arjit Singh and composed by Anurag Saikia. The effervescent song captures the soul of the film and the essence of life. Picturised on Irrfan Khan (Shaukat), Dulquer Salmaan (Avinash) and Mithila Palkar (Tanya), the song takes audiences through picturesque locales as the story heads toward the city of Coimbatore in South India.

The film depicts Avinash’s (Salmaan) journey following the death of his father in a tragic accident whilst on a pilgrimage. Upon discovering there has been a mix-up of bodies, Avinash and his friend Shaukat (Khan) set out to find his body and deliver Tanya’s (Palkar) Grandmother’s body who died in the same accident. A life-changing journey awaits, where each one finds redemption, hope, love and eventually themselves.

Filmed in only 35 days, Karwaan will take you on a journey into South India, through the stunning locales of the Western Ghats, to the ancient yet modern city of Kochi.

The film’s soundtrack is set to feature a modern feel with a rap track written and composed by rapper Slow Cheeta aka Chaitanya Sharma.

With 2 dead bodies, 1 car and a road trip of a lifetime, “Karwaan” promises, laughs, self-discovery and heart-warming moments as the most unexpected of journeys becomes a memorable adventure.