Birmingham Phoenix have appointed Dan Vettori to the role of Head Coach for the men’s team in The Hundred following the appointment of Andrew McDonald as the new Australia... 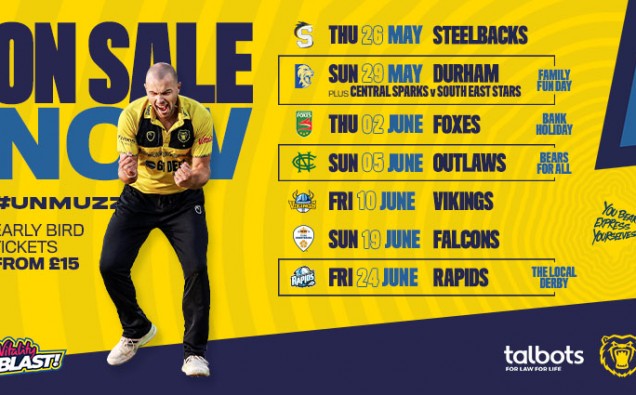 Birmingham Phoenix have appointed Dan Vettori to the role of Head Coach for the men’s team in The Hundred following the appointment of Andrew McDonald as the new Australia men’s team Head Coach.

Vettori, was previously Assistant Coach for Birmingham Phoenix and acted as Head Coach on an interim basis during the first year of The Hundred, having previously coached in roles with Barbados Royals in the Caribbean Premier League, Brisbane Heat in the Big Bash, Royal Challengers Bangalore in the IPL and Middlesex in the Vitality Blast.

“He was appointed interim Head Coach at relatively short notice last year and did an excellent job in helping the men’s team reach the first ever final of The Hundred, whilst helping the team play an incredibly exciting brand of cricket. We were very much aware that Andrew would be an outstanding candidate for the Australia role and we are grateful to Dan for supporting our plans to make an immediate appointment.

“Whilst we’re sorry that Andrew won’t coach during The Hundred, he has played an integral role in developing the make-up of our squad over the last two years and in shaping our style of play. He has also been a pleasure to work with and everyone within the Birmingham Phoenix family wishes him the very best in his new role.”

Birmingham Phoenix men stormed to the men’s final of The Hundred in 2021 winning all four home games at Edgbaston and two on the road.

Dan Vettori said: “I absolutely loved my time working with the Birmingham Phoenix squad as Head Coach last summer, so taking on the role on a permanent basis was a very easy decision.

“We made great strides in the first season and all coaches and players loved seeing the tournament develop, and we had such great support every time that we took to the field at Edgbaston.

“However, we want to go one better. It’s a tough competition, but we’ve retained well and recruited some excellent players through the draft. We look an even stronger outfit than in 2021 and hopefully we can continue to entertain the Birmingham Phoenix fans who get behind us.”

The Hundred returns to Edgbaston on Wednesday 10 August as the men’s team look for revenge against 2021 champions, Southern Brave. Three double header days follow, with men’s and women’s fixtures on Monday 15 August against Trent Rockets, Friday 19 August versus Northern Superchargers and Sunday 28 August against Manchester Originals.

Show your support for Birmingham Phoenix with your friends and family with tickets now available in the priority window until 10pm on 14 April. Emails will be landing with all supporters who came to Edgbaston last summer, but you can still sign up at thehundred.com to get immediate access and join the Birmingham Phoenix fanbase in 2022.

‘LOVE EVERYTHING ABOUT GUJARAT – ITS CULTURE, ITS VIBRANCY, ITS ZEAL TO BE THE BEST!’: RANVEER SINGH ABOUT PLAYING A GUJARATI AGAIN IN JAYESHBHAI JORDAAR