Worshipper in India Assaulted with Pepper Spray outside Hindu Mandir

Feminists in India were shockingly attacked by lobbyists and halted by the Police during a pilgrimage to a Temple in the state of Kerala. The female activists were exercising... 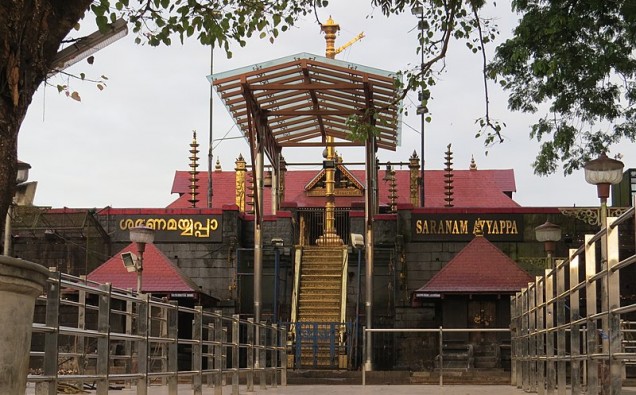 Feminists in India were shockingly attacked by lobbyists and halted by the Police during a pilgrimage to a Temple in the state of Kerala. The female activists were exercising their free will to visit the site, which had opened its doors to women in a first time occurrence.

The several women had been nominated by Trupti Desai, who is a gender equality activist. The group showed up at the Divine Sabarimala Temple. However, they were met with much hostility and many demonstrators one of whom attacked an activist with pepper spray. The victim, named Bindu Ammini, was hurried to Hospital for treatment.

Desai claimed that the Police refused to offer the group protection, and only watched as one of the women was assaulted, without any intervention. She said that since planning the pilgrimage, she was warned by authorities that her group would be placing themselves in grave danger if they chose to carry out their visit to the temple. However, this did not stop any of the ladies from proceeding with their plans.

Desai said in a statement: “This is about gender equality. The constitution has given us the right to gender equality and a right to pray, and last year the Supreme Court ruled that women could enter, so they have no right to stop us going to Sabarimala temple.”

“We are living in the 21st century, where women are working and are in power with men, but still we are following a custom which is 500 years old,” said Desai. “It is the duty of women like us who should take it in hand and change that mindset.”

Desai, is the sole-founder of the Bhumata Brigade, an organisation created to battle injustice towards women. She has previously led similar protests demanding for women to be allowed to enter the Shani Shingnapur temple, which is located in the Ahmednagar district.

1 in 4 Brits More Scared of Gyms than Spiders

How Much Chocolate is Safe When You Are Pregnant?