The African country of Sudan is currently in a state of political turmoil and heavy unrest as human rights violations and mass shootings continue to rise. The region first... 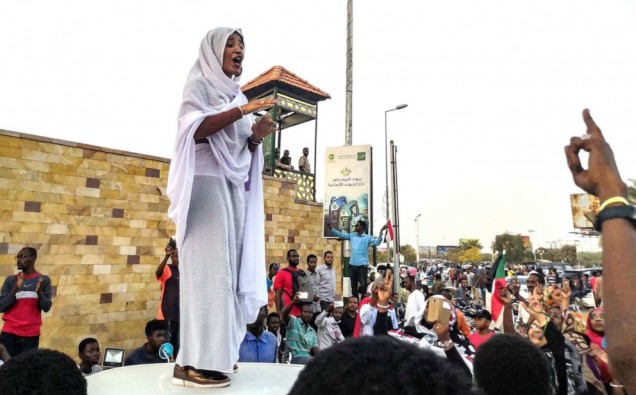 The African country of Sudan is currently in a state of political turmoil and heavy unrest as human rights violations and mass shootings continue to rise.

The region first came into a period of civil distress when demonstrations began in December of 2018 in several Sudanese cities. These were partially due to the increasing living costs and deterioration of the economic climate within the country’s borders. Fundamental human rights such as clean water, food and shelter were not being provided to the population and the government had made it clear it did not value its people.

The protests quickly escalated from seeking changes in legislation to requesting the resignation of President Omar al-Bashir, as much of the Sudanese population were against his dictatorial regime over Sudan. Although demonstrators had been acting in a peaceful and non-violent manner, it was the harsh and forceful response of the government that came as a shock to many.

Omar al-Bashir was finally removed from power in April of 2019 via coup d’état after he had dissolved the country’s national governments and replaced them with military service officers that had gone on to open fire on unarmed civilians.

Protests in Sudan continued thereafter, with the Sudanese professionals Association and other democratic association groups calling for the introduction of a civil-lead government and other reformatory laws. However, negotiations were cut short when security personnel tied up, killed tortured and raped over 100 Sudanese innocents on June the 3rd in the Khartoum massacre.

At the forefront of the protests for civil rule were many powerful women and female leaders, such as Kandaka, aka “Nabian Queen.” The iconic woman in white has been photographed giving public speeches and posted over the internet numerous times. Numerous sources have declared that the visionary wishes to overthrow the country’s dictorial regime for good as conditions have become unbearable for Sudanese citizens.

Shortly after the massacre, Sudan experienced a media blackout and the country’s dire situation only worsened. Many individuals pointed out the press’s appalling lack of attention to the issue and the minimal amount of information which was being made available to the public regarding the uprising.  Therefore, many social media users took it upon themselves to spread awareness of the crisis, turning their Instagram profile pictures Indigo with the hash-tag #BlueforSudan.

One such social media influencer was Shahd Khidir who posted a moving image of herself in tears on Instagram after being informed of the attacks in her home country. Shahd (@hadyouatsalaam) has Sudanese ethnic origins but lives in New York. Under the image caption, she wrote: “It’s really hard being an influencer and sharing information that is ‘off-brand’ and not worthy of the feed but I cannot hold this in anymore.” She went on to plea for wider media coverage surrounding the issue as there had been internet censorship in Sudan for days, and said that she had been “crying” and feeling “horrible” upon hearing the devastating news.

Currently, the military and public protestors have both come to terms with a three-year transition period into civilian rule. This has been set-up due to the fact a long wait would be needed to dismantle the damage of Bashir’s vigorous dictatorship and calm down the country’s current political tensions. Most African countries have chosen to support Sudan’s civil protestors, along with much of Europe, including the UK.