UK is among group of states expected to present a resolution to the UN Human Rights Council when it meets next month ‘This report lays bare Sri Lanka’s abject... 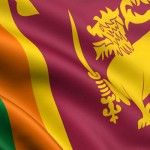 The UN Human Rights Council (UNHRC) must take urgent steps to address the worsening human rights situation in Sri Lanka Amnesty International said today, following the release of a damning UN report on the country’s efforts to ensure accountability for crimes committed during the civil conflict.

Almost 12 years on from the end of Sri Lanka’s civil war, the report, from the Office of the High Commissioner for Human Rights (OHCHR), warns that the Sri Lanka’s persistent failure to address historic crimes is giving way to ‘clear early warning signs of a deteriorating human rights situation and a significantly heightened risk of future violations.’

In February 2020, the Sri Lankan government announced that it would no longer cooperate with the UNHRC’s landmark resolution 30/1, which promotes reconciliation, accountability, and human rights in the country, and would instead pursue its own reconciliation and accountability process.

David Griffiths, Director of the Office of the Secretary General at Amnesty, said:

“This report lays bare Sri Lanka’s abject record on delivering justice and accountability and the decaying effect this has had on human rights in the country. The seriousness of these findings highlights the urgent need for the UN Human Rights Council to step up its efforts in Sri Lanka.

“For more than a decade, domestic processes have manifestly failed thousands of victims and their families. Given the government’s decision to walk away from resolution 30/1, and regression on the limited progress that had been made, the Human Rights Council must send a clear message that accountability will be pursued with or without the cooperation of the government.”

Amnesty is calling on the UN Human Rights Council to implement the report’s key recommendations to put in place more stringent oversight on Sri Lanka, including more robust monitoring and reporting on the human rights situation, and the collection and preservation of evidence for future prosecutions.

Amnesty is particularly urging the UK Government to follow through on its commitment to work with partners to present a strong resolution when the Human Rights Council meets next month, putting in place more robust monitoring and reporting on the situation, and mandating the collection and preservation of evidence for future prosecutions.

The report, which accuses Sri Lanka of being in a ‘state of denial about the past’, details how the failure of domestic mechanisms has further entrenched impunity, exacerbating victims’ distrust in the system. Among a litany of failures, the report addresses the rollback of 2015 reforms that offered more checks and balances on executive power, the erosion of judicial and institutional independence, and the failure to reform the security sector and remove and hold to account those responsible for alleged grave crimes and human rights violations.

The report also offers a withering assessment of regression in other human rights areas, including the increasing marginalisation of Tamil and Muslim minorities, fuelled by divisive and discriminatory rhetoric from state officials, and a shrinking space for civil society, including independent media.

Friends like sound of a sponsored silence for Unique charity