A three-year journey from terrorism to best tourism destination in the world Operation Radd ul Fassad, which has made huge gains in Pakistan’s nerve-shattering and prolonged war against terrorism... 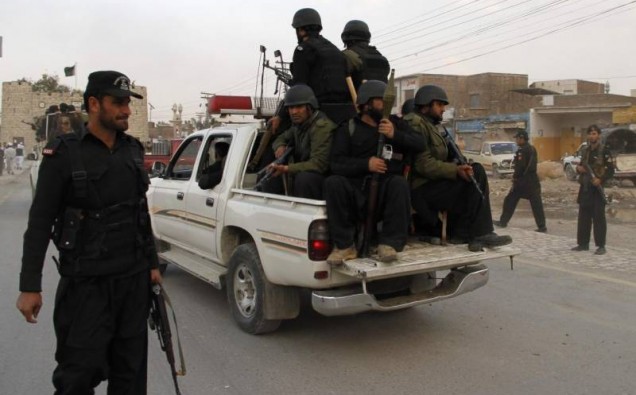 A three-year journey from terrorism to best tourism destination in the world Operation Radd ul Fassad, which has made huge gains in Pakistan’s nerve-shattering and prolonged war against terrorism and brought about peace and stability to the country, has completed three years of its launch today and is moving forward successfully.

The success of this operation has paved the way for Pakistan’s journey to development and prosperity. This operation has restored routine life in the country, brought the playgrounds back to life and attracted foreign tourists to Pakistan. Operation Radd ul Fassad has launched three years ago today (February 22, 2017) under Army Chief General Qamar Javed Bajwa’s command.

The Pakistan Army carried out 149,000 intelligence-based operations, issued more than 3,800 threat warnings and foiled at least 398 terrorist attacks in these three years. As part of the war against terrorism, security forces carried out more than 350 major and more than 850 minor operations from 2001 to 2020. As a result, the law and order situation in Karachi improved remarkably and the metropolis moved down from the sixth position to 91st position among the world capitals on the Crime Index.

As part of its efforts to stop cross-border movement of terrorist between Pakistan and Afghanistan, Pakistan planned to fence its 2611-kilometre long border and completed the fencing of 1450 kilometres. Also, Pakistan planned construction of 843 border forts and completed 343 of them. Currently, construction work on another 161 border forts is underway. In ceasefire violations since 2017,

Pakistan has lost several security personnel. The highest number of casualties was reported in 2018 and the highest number of ceasefire violations, more than 8,000, was witnessed in 2019. Military courts sentenced 344 terrorists to death, imprisoned 301 abettors of terrorists for different terms and acquitted five people of terrorism charges. Peace returned to the country, as the security forces made gains in the Operation Radd ul Fassad.

As a result, national and international sports events returned to Pakistan. The Pakistan Super League (PSL), one of the most successful sports events in the country, is the result of the gains made in Operation Radd ul Fassad. World leaders like UN Secretary-General António Guterres said that today’s peaceful Pakistan speaks volumes about the success of Operation Radd ul Fassad. Many dignitaries, including the UN secretary-general, US Senators John McCain and Lindsey Graham, British Army Officer Nick Carter, diplomats and members of the British parliament visited Pakistan after the security forces eliminated terrorists and restored peace.

The military diplomacy of Army Chief General Qamar Javed Bajwa has played a pivotal role in international recognition of Pakistan as a peaceful and stable country. The police force, Levis, and the Counterterrorism Department (CTD) too have played their critical role side by side the Pakistan Army in the success of Operation Radd ul Fassad and rendered innumerable sacrifices in this war against terrorism.

The UK property pockets where house prices are up 400%+ in two decades, 100% in the last decade alone