Man Convicted of Raping and Killing UK Teen in India

A judicial court in India has sentenced one of two men charged over the sexual assault and slaughter of 15-year-old British teenager. The attack took place against Scarlett Keeling... 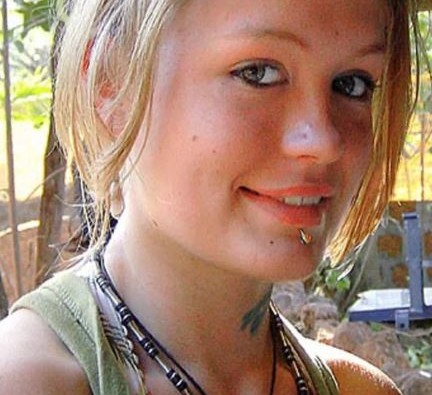 A judicial court in India has sentenced one of two men charged over the sexual assault and slaughter of 15-year-old British teenager. The attack took place against Scarlett Keeling in Goa during 2008.

The case had previously been running over the last few years until a lower court freed both men in 2016 after an extensive trial. However, the Central Bureau of Investigation (CBI) stood against the verdict. After this, one of the accused, Samson D’Souza was re-sentenced after he had initially been charged with “culpable homicide”, and his partner in crime acquitted.

The deceased teen, Scarlett Keeling from Bideford in Devon, had been on a six-month vacation to India with her family when she died. She had been spending the day at the beach when she was drugged and raped by D’Souza and Carvalho before drowning in the sea.

The Keeling’s Lawyer Vikram Varma supported this statement by declaring the accused had been prosecuted for assault, destruction of evidence, and giving narcotics to the young girl, among several other charges.

Scarlett’s body was discovered on Anjuna Beach after the hours of dawn on 18th February 2008. Her family had spent some weeks at the Goan Resort before moving to the neighbouring costal settlement of Karnataka. However, Scarlett had been given permission by her mother to return for a Valentine’s beach party. A 25-year-old tour guide, Julio Lobo had been assigned to guard her during the visit.

A couple of days after Scarlett’s body had been found; her mother located her pants, shorts and sandals close to the beach. The court also heard that traces of illegal drugs such as cocaine, ecstasy and LSD had been found in her system. She had suffered 50 separate attacks to her body when she was assaulted by the two men, who had been working at a beach-shack nearby.

Scarlett’s mother Fiona MacKeown said that she was ‘delighted’ by the new conviction of one of the perpetrators of the attack this year. However, she regretted that it had taken this long for her family to be given justice. She said she will continue her efforts to campaign for other families who had had their loved ones murdered overseas.

Ms MacKeown and her family buried scarlet in one of their garden properties in Devon when they were finally given permission to do so by police, around 4 and a half years after the incident.

THE SHAPE OF THINGS TO COME – THE UPDATED AUDI A5 RANGE