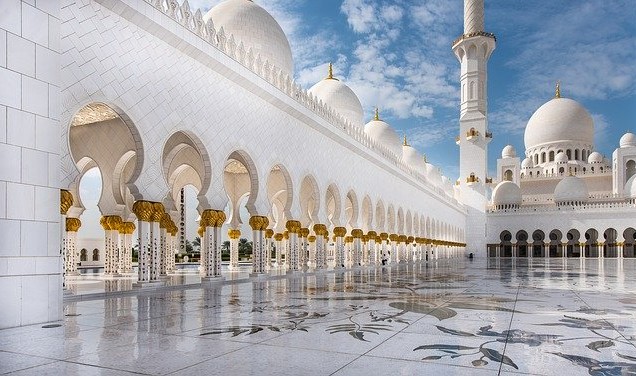 The modern definition of state as per Westphalian state system comprises of a population residing in a definite territory having a government and it must be sovereign. The modern state has its roots deep down in the Islamic state of madina which was formed by Hazrat Muhammad (S.A.W) and then the caliphs followed the teachings of Holy Prophet (S.A.W) after his death in their respective caliphates and made it a fine example for coming generations.

Before the advent of Islam, the Arab society was indulged into all the bad things. There was no state structure in pre-Islamic Arab society. The society was mainly tribal and there was no distinction between civil society and state. The arab tribal society lacked any written constitution nor had they any type of governing authority. There was no concept of police or army. No taxation system was there. Each tribe followed its own customs. There was no rule of law. The moral and ethical condition of society was pathetic. There were no rights of slaves, women and rights of  inheritance etc. Arabs were ignorant and the inter tribal war was prevalent.

Keeping in view the worse conditions and the persecutions faced by Prophet Muhammad (S.A.W) and his companions, the prophet along with his companions migrated to madina which was also known as yathrib. Madina was also a tribal society with no central authority and rule of law and infact the inter tribal war was very prevalent in Madina and the people of Madina Invited Prophet as an arbitrator to resolve their issues and to make madina an exemplary society. The prophet set out on this mission of mainly madina a just and peaceful society. He made tribal and religious groups to sign a pact  which was known as Mithaq-e-Madina. There was freedom to all the religious groups such as Jews, Muslims and other tribes. No coercive means were used on people to make them follow other laws. Mithaq-e-Madina was given a status of pre- liminary constitution. It gave many rules and principles which acted as a guiding principle for the people of madina and which made it a welfare state of madina. He laid following principles:

The universal declaration of human rights is the modified and modern version of the last sermon of Holy Prophet (S.A.W) i-e Khutba-e- hajjatul wida. It is declared as the first ever charter of human rights. Following points were mentioned in that last sermon.

The last sermon of Holy Prophet is the finest example where He (S.A.W) told the rights of the suppressed groups of society. He (S.A.W) declared that no one is superior over the other and the Arabs and non-Arabs are equal and the superiority is based on taqwa. There were no rights of women before Islam. Islam restored the dignity of women by endowing them with human status. In this last sermon Holy Prophet (S.A.W) said:

The last sermon of holy prophet is one of the most important treasure in human history on the subject of human rights.

No doubt the united nations declaration of human rights is an excellent and comprehensive document on human rights and every citizen should follow these principles but the lessons of humanity that world has learned after much destruction and devastation ( world war 1 and world war 2) were taught by Holy Prophet (S.A.W) 1400 years before that. Secondly, it is a beautiful statement of human rights as per human aspirations but there is no supreme authority to execute it. But the last sermon of holy prophet not only set forth the principles but also there is a complete mechanism of implementation. It is binding on all the Islamic states to follow these rights and as individual Muslims fear that they are answerable to Allah.

CONCEPT OF STATE DURING THE REIGNS OF CALIPH:

The Islamic state of madina prospered and expanded during the reigns of orthodox caliphs. The reigns of khulfa- e- rashideen are perfect examples of a welfare Islamic state where rights were provided to all the citizens of the state. The caliph was not only the head of the state but also the commander in chief of the army. The concept of executive and judiciary was first introduced was first introduced by them. At first , there was no  separation of executive and judiciary and the caliph himself used to perform all the judicial functions but with time they felt the necessity of separating the judiciary and appointed judges and Qazis. The caliph had also to supervise the collection of revenues, the construction of canals and all other public work but the orthodox caliph used to consult Shura in all these matters. Following are some of political and socio-economic reforms during the reigns of four orthodox caliphs:

Pakistan was established in the name of Islam. In 1947 a state was established which was made in which Muslims migrated from all over India because they were granted freedom for the practice of Islam. In 1973 a constitution was adopted in which Islamic principles were implied. Later in 1977, General Zia ul Haq tried to imposed Islamic principles in strict terms to introduce Nizam e Mustafa in Pakistan. Presently, our prime minister Imran khan also said that he wanted to make Pakistan as Reyasat e Madinah. Pakistan is facing many internal and external issues presently. One of the main issue is security of the citizens due terrorism and the terrorist who use Islam to create fear among the citizens. The failure of state institutions to consistently provide peaceful measure to settle accusations has urged groups to take violence as a legitimate alternate. The country is still tackling rising debt crisis and a perpetual trade imbalance in economy. Also, Freedom of speech is suppressed in Pakistan. Independent media reporting is not allowed regarding several issues like criticism on government. Consultation of public is not allowed. Pakistan is following western democracy but ragging in election is very common. Due to high poverty and illiteracy rate people are unaware of their basic rights. They do not understand the importance of their vote. Pakistani social and political system is divided in classes upper class and lower class. Differentiation in education system is also cause of class system; the public and private education system. Basic needs are not fulfilled due to which people are unable to think about the prosperity of their life and Pakistan. Women are not having proper protection and rights are not fulfilled. Women are not encouraged to get education commonly in rural areas of Pakistan. Harassment and rape are the social disease which is creating fear in the society. This fear is the leading cause of distrust in the nation. Other women discouragement includes acids attacks, honor killing, domestic violence and forced marriages. Children abuse is very common. Non-monitored cyber policies, internet violence is very dangerous. Privacy is not maintained. Our youth is moving away from civility and true Islamic culture of Pakistan. For them Islam is like punishment or tortured. Our mosques are used for Jummah and Eid prayers only. Religion only matter in course book of Islamiat. Our economy is suffering from corruption. We have interest base economy. Loans are given on high rate interest policies. Debts are given to Pakistan on world bank interest policies. Due to the taking loan from IMF Pakistan had to put extra taxes on all items. Inflation rate is very high. Our police, the defenders are doing their duties positively. Many cases of violence by police can be seen.  Political leaders are not honest they use their power gain money and exploit the nation. Our nation Pakistan is divided in different sects each sect supporting each other against each other. We cannot stand as a nation how could we stand as ummah. Pakistan support the cause of Kashmiri Muslims and for Muslims of Palestine and Syria, but we are not much stronger to make in their life. Pakistan need a lot of amendments in order to Reyasat e Madinah.

At the time of the migration of Holy Prophet (P.B.U.H) to madina from Makkah, no one could imagine that it could lead to the formation of a society which would be a guiding light for the people of the world. It was based on the Islamic ideology of La illaha Illallah i-e there is no God except Allah. The entire Arab peninsula adapted themselves according to the Islamic principles. The leaders who ruled that Islamic states were God fearing and they had the qualities of vision, equalit9y and justice. The leaders provided guidance and reformed the society in all aspects of life such as political, economic and social but with time the conditions of leader disintegrated and the prestigious Islamic states hath a fall.

Following are some of the steps taken to reform Pakistan and turn it into an Islamic welfare state like madina: