“GHAZWA-E-HIND; and THE PRESENT SCENARIO”

In Almost every religion, there are prophecies mentioned that openly define the end of time and life on earth.  Due to chronological occurrences of prophecies, many religious scholars anticipate... 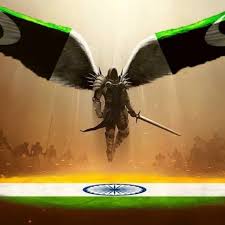 In Almost every religion, there are prophecies mentioned that openly define the end of time and life on earth.  Due to chronological occurrences of prophecies, many religious scholars anticipate that the world will enter into its last phase of time, where it is believed that the world will witness prophecies that include the arrival of the Jewish king Messiah, the Muslim messiah known as Imam Mahdi, the Prophet Isa (Jesus) and the reconstruction of the third temple, Armageddon, or in other words, Ghazwa-e-Hind.

All religions across the world, are preparing for the end of time. Ghazwa-e-Hind or the Battle of hind, prophesized by the Prophet Muhammad (PBUH) is predicted to be the last battle between Muslims and Hindus.  In order to understand the meaning behind Ghazwa-e-Hind, we must interpret the Hadiths of the Prophet Muhammed (PBUH) and discover the chronological and geographical events described in the Hadiths.

The most important Hadith that relates to Ghazwa-e-Hind explains that “An Army (Non-Arabs) carrying dignified flags will stand, (East of Khurasan), and no power will be able to stop them. They will fight a war against Hindus, and they will bring the Hindu kings by dragging them in chains. Allah will grant success to those warriors, and Hindustan (India) would become a fully Islamic state. And when those Muslims return, they will find Isa Ibn-e-Maryam (Jesus PBUH) in Syria”.

According to Muslims, during the Ghazwa-e-Hind battle, Jews will be preparing for the arrival of their messiah, (Dajjal/Anti Christ) which is said to shape the greater Israel.

The Islamic context states that the army fighting Ghazwa-e-Hind will also fight Armageddon and will provide strength to the regime of Isa Ibn-e-Maryam.  Ghazwa-e-Hind is also known as Ghazwa which is believed to be the war that will be fought under the spiritual presence of the Prophet Muhammed (PBUH).

However this study needs to be intensive research, so that we may understand the precise meaning of the prophecies, holy books and the revelations of all the religions.

Unfortunately, the Hadiths regarding Ghazwa-e-Hind have been ridiculed by various external forces. Moreover, these Hadiths have been “deformed” and miss-used by various terrorist organisations distorting the image of Muslims, Islam and specifically the concept of the Jihad. Most of those terrorist organisations misinterpreting the Hadiths have now been exposed as proxies, directed indirectly by Israel, India and the US; to achieve their strategic, economic and religious objectives.

India is known for its use of propaganda on the concept of Ghazwa-e-Hind. In contrast to various attempts of ridiculing these Hadiths by Jews, Hindus and terrorist organisations, the true Muslims are bound by the teachings of Islam to not use any dismissive language for any of the teachings of any religion and teaches the lesson of respecting others beliefs.

Before criticising, it is very important to understand the concept of Jihad in light of the Quran and Hadiths. According to Islam, only the state has the authority to announce a Jihad.

Distorted or misinterpreted knowledge of Jihad has damaged the image of Muslims in today’s society.

Recently, India has once again distorted the concept of Jihad and Ghazwa-e-Hind in their Netflix series

“Sacred Games 2”. India invests a lot in Bollywood for the production of such movies in which the disfiguring of these concepts can be observed and used to manipulate the minds of those who are not exactly aware of the authentic and unambiguous knowledge. Such disinformation can cause agony and radicalisation in Muslims. Since India’s Independence, Indian’s have played various political moves to slander the concept of Ghazwa-e-Hind.

If you take into account all the religious beliefs, scientific reasons, strategic and economic interests on a map of international political affairs, the situation becomes an open and shut case for most of the scholars studying the prophecies of the end of times. Surprisingly, one of Israel’s newspapers claimed that Donald Trump had sent three ambassadors to an influential Rabbi inquiring about the arrival of messiah.

The US president considered himself as “a chosen one”, “second coming to God” and “the King on Israel”. There is a perception that the President’s son-in-law – “Jared Kushner – an orthodox Jew” is playing the whole game in middle-east in accomplishing the plan of Greater Israel.

Also, Donald Trump has declared the Kashmir issue, a religious one. It seems that there’s some mystery if a person holding the highest chair in the world is saying so.

The two ideologies proceeding blindly in achieving their goals, i.e. the ideology of “the Greater Israel” and the ideology of “Hindutva” are targeting Muslims of the world in Palestine, Kashmir, Assam directly.

The situation on the chessboard of international political affairs seems to be exactly as predicted in the prophecies: Israel – the camaraderie of India playing a dangerous game in the region. The indicators are predicting the situation heading towards Wars, from East to West, i.e.“Ghazwa-e-hind” and “Armageddon”, and it may start anytime soon.