FORMER BEAUTY QUEEN MAY BE IRAN’S NEXT POLITICAL PRISONER

Former Iranian beauty queen Bahareh Zare Bahari is seeking asylum in the Philippines after being detained in an airport in Manila for more than a week over a Red Notice issued by authorities... 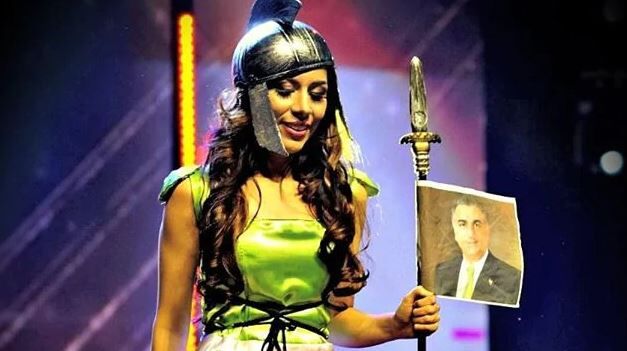 Former Iranian beauty queen Bahareh Zare Bahari is seeking asylum in the Philippines after being detained in an airport in Manila for more than a week over a Red Notice issued by authorities in Iran.

The 31-year old has been studying dentistry in the Philippines for a number of years, and has used her relative celebrity as Iran’s representative in the Miss Intercontinental 2018 pageant to speak out for women’s rights and reformist parties in her home country.

According to local media, the Iranian government has filed cases against Bahari related to her activism.

“From what we understand, numerous cases have been filed against Ms. Bahari, both in Iran and in the Philippines on the basis of her support for opposition parties in Iran and her stance on human rights in the country,” said Radha Stirling, an international lawyer spearheading calls for Interpol reform. “Interpol has allowed itself to be used as an instrument of political persecution by a number of authoritarian regimes around the world. They issue Red Notices against activists, journalists, lawyers and others at the request of oppressive, undemocratic states with horrendous human rights records and Draconian legal systems, with no semblance of due diligence. It is apparent that the Red Notice against Ms. Bahari is politically motivated, and she has every reason to fear for her safety if the Philippines rejects her appeal for asylum.”

Scores of political activists, writers, academics and journalists have been arrested in Iran this year, many suffering indefinite detention without trial. The use of torture has been well-documented in Iranian police stations and prisons, and Amnesty International estimates that between 2013 and 2015 around 2,000 people were executed in Iran.

Stirling explained that instances of blatant, politically-motivated Interpol abuse have occurred with increasing frequency in recent years, and governments around the world are reassessing their relationship with the international policing organisation. “I met with congressional advisors drafting US legislation aimed at curbing Interpol abuse, and I will be advising the Australian government on ways to conditionalise their cooperation with Interpol, after the horrendous incident with Hakeem Alaraibi in Thailand,” she said. Alaraibi is a Bahraini refugee in Australia and celebrated football player who was detained in Bangkok for several weeks over a Red Notice request by Bahrain. Interpol is not supposed to allow Red Notices against refugees requested by the countries from which they have fled. “In that case, the victim of the abuse of Interpol had his life put at risk if extradition were carried out; and I believe that could also be the case with Ms. Bahari.” Stirling added.

As CEO of Detained in Dubai, Stirling has provided expert witness testimony in several high profile extradition cases. Coining the term “Interpol Abuse,” Stirling has been at the forefront of a growing consensus that Interpol is in dire need of comprehensive reforms, and has founded an organisation, IPEX, dedicated to Interpol and extradition procedural change.

Take Yourself Back to the Heart of South Asia

Skills delivery plan to drive next generation of nuclear workforce