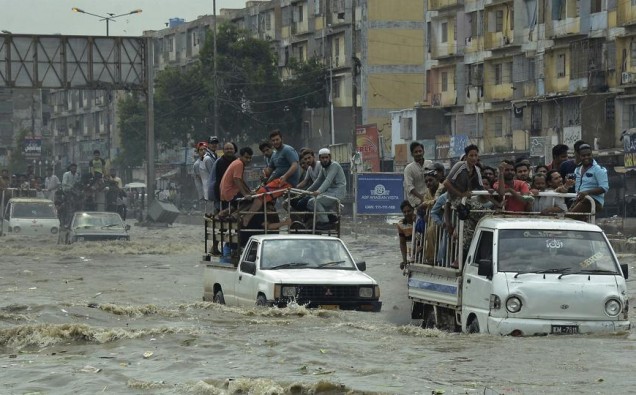 A rescue official mentioned to the Associated Press that three died when a roof collapsed and seven people were electrocuted.

Prime Minister Imran Khan announced that the drafting of a comprehensive package that will end the decades-long neglect of the city.

Locals were urged to keep away from electric poles and wires, in light of multiple deaths which were caused by electrocution.

Pakistan has been struggling to cope with the yearly monsoon season that occurs between July and September.

India also experienced heavy rain and flooding during this week, and in Asia, a Landslide caused by rain killed 34 in Myanmar.

The death toll in Indian states of Kerala, Maharashtra and Karnataka rose to 147 due to floods. State authorities said that rescue teams had raced to evacuate people as floodwaters submerged parts of a world heritage site.

Thousands of people were forced to take shelter in relief camps, while train services were cancelled. At least 57 people were killed in the southern state of Kerala, due to rain-related incidents.

NRC staff and civilians trapped due to fighting in Aden