Image caption: Anoud Al Suwaidi (left) takes additional charges against Nichole Coffel (right)  US mother of 3 Nichole Coffel, from Missouri, who was charged with Cybercrime in the UAE when she texted her Emirati employer to... 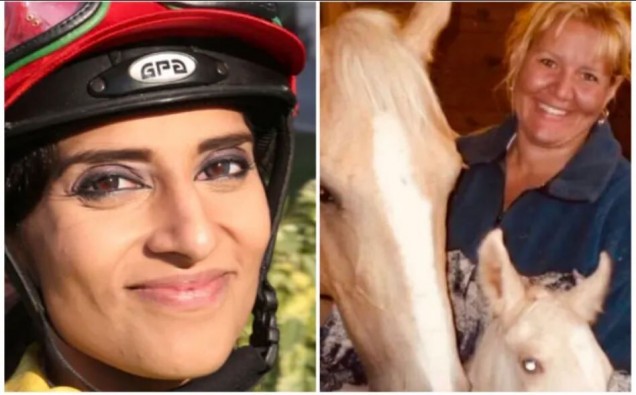 US mother of 3 Nichole Coffel, from Missouri, who was charged with Cybercrime in the UAE when she texted her Emirati employer to ask for months of unpaid wages, was convicted this week in an Abu Dhabi court and given a one month suspended sentence, probation & an AED 1000 fine.

Her employer, Anoud Al Suwaidi, a local celebrity female jockey, had refused to pay Nichole’s wages and to compensate her for medical expenses incurred when she was bitten by Al Suwaidi’s horse. After months of promises that she would be paid, Nichole texted Al Suwaidi, telling her that it was “haram” to withhold her salary; an Arabic word meaning “forbidden”. Al Suwaidi filed a police complaint against Nichole, claiming that she had insulted her by calling her “harami”, a colloquialism that roughly translates as “bastard”. Because the communication had been via WhatsApp, the complaint fell under the broad definition of the UAE’s Cybercrime laws.

“Even though screenshots of the exchange were presented to the police, clearly showing what Nichole said, they chose to believe what Ms. Al Suwaidi told them instead of the material evidence,” explains Radha Stirling, CEO of Detained in Dubai, who represented Coffel. “Nichole suffered a severe injury, considerable medical expenses, and months without wages, yet the police refused to even allow her to file a complaint herself against Ms. Al Suwaidi. This is absolutely consistent with what we have observed over more than a decade working with expat cases in the UAE; the legal system is overtly biased in favour of locals, and against foreigners, particularly women. Nichole was victimised and exploited by her employer, and when she sought justice, she was victimised by the court.”

“Nichole and her family were upstanding members of the community in Abu Dhabi, contributing to charities and founding social projects that made the emirate a better place. They had every intention to live in the country for many years to come. Now Nichole is on her way back to the US, the family is going through upheaval and financial distress, all because locals in the UAE can use the law vindictively against foreigners whenever it suits them.

“We were in discussions with Ms. Al Suwaidi before the court case, and she promised multiple times to drop the charges against Nichole; but just as she had promised Nichole that she would pay her wages, she never did, and in fact attempted to file additional complaints after the court case. We are happy that Nichole was merely fined and spared a jail sentence, but she should never have been charged with a crime in the first place.”

The UAE’s Cybercrime laws have been widely criticised for their vagueness and severity. Several high profile cases, such as those of British national Laleh Shahravesh and Australian Scott Richards have demonstrated how perilous these laws can be, with almost any online activity potentially being deemed criminal.

“Had Nichole’s case not received media attention, she might well be in jail right now,” Stirling says. “The Cybercrime laws make it all too easy for anyone to be maliciously prosecuted in the UAE, even for private messages or social media posts written years ago and outside the country. The authorities are doing nothing to prevent the abuse of these laws, and Nichole’s wrongful conviction will surely embolden others like Ms. Al Suwaidi to use Cybercrime complaints to checkmate expats in personal vendettas.”