The 1947 partition of India and the violent clashes that followed resulted in a Diaspora of people with different faiths and backgrounds.  The independence of Bangladesh resulted in Urdu-speaking... 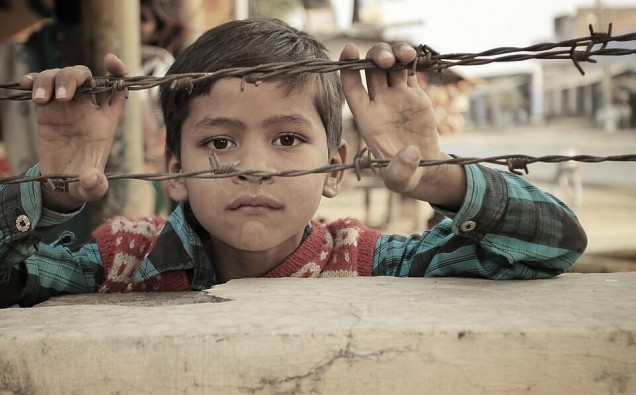 The 1947 partition of India and the violent clashes that followed resulted in a Diaspora of people with different faiths and backgrounds.

The independence of Bangladesh resulted in Urdu-speaking non-Bengali Muslims migrating from Bihar, Eastern India. It is still resulting in hundreds of thousands of ‘Bihari’ Muslims living in inhumane conditions in Bangladesh today. This community, also known as ‘Stranded Pakistanis’, was formed after the partition forming the Muslim-majority nation of Pakistan.

In 1971, Bangladesh gained independence after factors, including language and ethnicity issues, triggered a war with Islamabad. The ‘Bihari’, many of whom were pro-Pakistani during said war, stayed in “temporary” camps until they could later be repatriated to Pakistan. However, the planes supposedly taking them to Pakistan never arrived, resulting in 300,000 Biharis being stranded, stateless refugees in one-room houses in Bangladesh.

Almost 50 years later, local NGOs working for Bihari welfare say that a growing population of around 400,000 Bihari Muslims are still isolated in camps in Bangladesh. Due to many Bangladeshis’ mistrust of the previous generation of Biharis, the Biharis have not been able to integrate into the society of Dhaka, Bangladesh’s capital.

The Bangladeshi government have said that there are 116 camps in which most Biharis live. Dhaka alone has 100,000 Biharis in 45 settlements. These camps’ density (with paths covered in open drains, garbage, mud and slush) means that the mud-brick houses of these settlements offer tiny, cramped rooms with no privacy to those living in them. For instance, over 40,000 Biharis live in the Geneva camp in Dhaka, where families of 8-10 members on average are cramped into each house, and around 90 people share a lavatory.

The Geneva camp had protests just this month, after funds to help the camp residents to pay electricity bills were halted. The protest was for a free and uninterrupted power supply, as the Bihari do not even have the wealth for an education. After the police stormed the camp, at least 50 people, including 15 law enforcers, were injured, according to Anisur Rahman, deputy commissioner of the Dhaka Metropolitan Police.

Bihari Muslims living in these poor conditions cannot afford an education to acquire a job. (The Refugee and Migratory Movements Research Unit state that about 94% of the Biharis are illiterate.) This means that adults cannot find skilled jobs and children must work early. Some are educated, but as one of the Muslims in these camps, Muhammad Hasan, 24, said, “Some us have college and university degrees, yet we struggle to get jobs. We are forced to work as day labourers, rickshaw-pullers.”

In 2008, an order from the Supreme Court finally made the Dhakan government include in the national voter’s list Biharis who were minors or not born during the 1971 liberation. They can now obtain identity documents, but without a permanent address, they still cannot get Bangladeshi passports, government jobs or admission to public schools. Without passports, they are unable to fulfil their wishes of leaving the camps to find work in Middle Eastern countries such as Saudi Arabia.

Are Dogs in West Midlands Suffering in Silence?