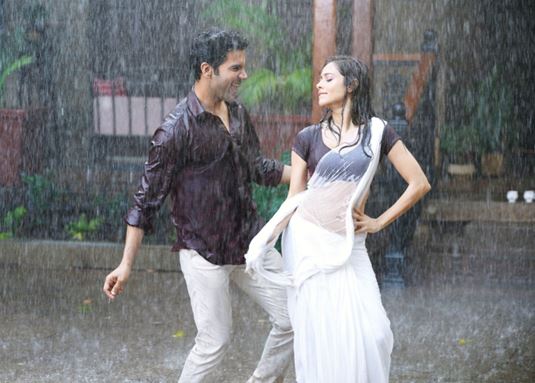 The first track from the upcoming social comedy film, releasing on Amazon Prime Video, Chhalaang’s Care Ni Karda has been playing on everyone’s mind on loop. The song’s lyrics and video are extremely relatable, and has quickly become the nation’s Nok-jhok ka anthem. Its rap which has already become very popular was shot by Rajkummar Rao in a single take itself. Composed by the adored rapper Yo Yo Honey Singh, Care Ni Karda is breaking records by becoming the most viewed video on YouTube in the last 24 hours as reported by Kworb.

Speaking on the success of this upbeat song, singer-songwriter Yo Yo Honey Singh said, “It feels great knowing that people are giving so much love to Care Ni Karda. I’m glad they are enjoying the song and having fun. Rajkummar & Nushrratt both are looking marvellous in the video. Love and respect to all the fans, keep sharing and keep loving.”

With a high dose of drama added with cheeky humour, the song from the social comedy film showcases the adorable new pairing of Nusshratt Bharuccha and Rajkummar Rao, making us want to see more of them already. Penned by Alfaaz, Yo Yo Honey Singh, Hommie Dilliwala, the sweet track is sung by the composer along with Sweetaj Brarand continues to win our hearts with this foot tapping song. Have you seen the song that everyone is raving about yet?

Chhalaang is a hilarious, yet inspirational journey of a PT master from a semi government funded school in Northern India. Montu (Rajkummar Rao) is a typical PT master for whom it’s just a job. When circumstances put everything that Montu cares for at stake, including Neelu (Nushrratt Bharuccha) who he loves, Montu is forced to do what he has never done – Teach.