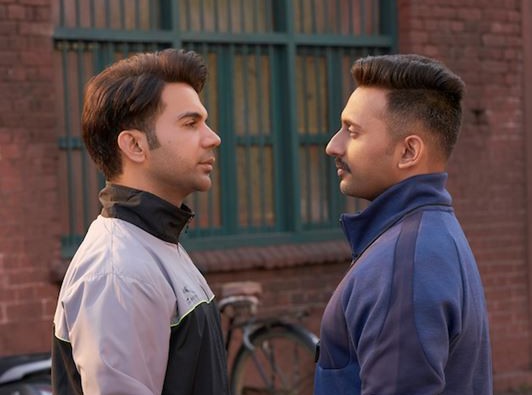 The much-awaited film Chhalaang finally released on Amazon Prime Video during the auspicious time of Diwali and certainly worked its magic as the film has not stopped receiving positive responses from the audience. The Internet has been flooded with praises for the fun and inspirational Nushrratt Bharuccha and Rajkummar Rao starrer.
The makers of Chhalaang recently released a small dialogue clip from the film, which we can see that when asked to assist Singh Sir (Zeeshan Ayub), who is the new PTI of the School, Rajkummar Rao as Montu gets in a fight with the new PTI by confronting him to not bully the students. What happens next is the question of many left curious.

The film highlights the importance of PT teachers who are usually the first encounter of children with sports and fitness. It’s also highlighting the importance of sports as a part of a child’s curriculum in school.
Packed with elements of romance, ego, play and action, the film delivers an important message to its audiences.
Directed by Hansal Mehta and produced by Luv Films, Chhalaang is streaming on Amazon Prime Video and is available across 200 countries and territories.