What have the comedian Parle Patel, the politician Krupesh Hirani, the curator Dr. Sushma Jansari, the choreographer Urja Desai Thakore, the musician Sarathy Korwar and the head of Neasden Temple, Yogvivek Swami got in common?

They all have Gujarati roots which have considerably shaped and influenced the cultural landscape of London. Subrang Arts in collaboration with Brent Museum and Archives presents a multi-dimensional exhibition, with items on loan from the British Museum. This project highlights the influences of the Gujarati diaspora in the UK focussing on the London Borough of Brent and is supported by a series of informative and interactive events.

Gujaratis are part of a long history of migration from a region that has been shaped by early economic relations in trade, colonialism, educational and professional exchange. The exhibition tells the ‘Gujarati story’ of a successful migration, which has enriched the UK. This story is told through work and leisure patterns. Work includes cultural traits such as traditional crafts, trade, architecture, commerce, employment and entrepreneurship; pleasure comprises cultural expressions such as music, dance, food, family and spiritual life.
The project will show the diverse cultural roots of the Gujarati community in the Indian state of Gujarat and the countries along the east and south coasts of Africa. Changes highlights how the settlement of the Gujaratis in the UK, from the 1960s onwards, changed its own community, but also how they influenced their host and other immigrant communities.

Developed and curated by Lata Desai and Rolf Killius in partnership with Subrang Arts and Brent Museum and Archives. 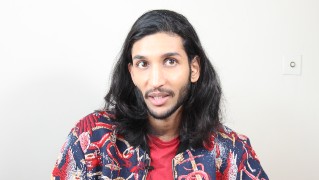 Revealed: The best places to work in the UK if you want a pay rise