Mard Maratha praises the warriors of Maratha in the first track from Panipat   The first song from upcoming epic war saga Panipat has dropped. Titled Mard Maratha, the song celebrates the pride and strength of the... 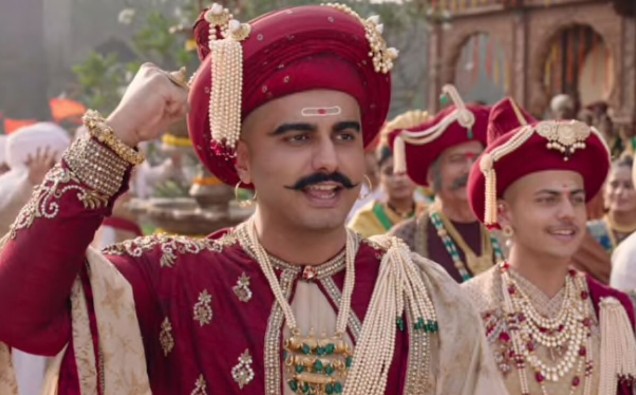 The first song from upcoming epic war saga Panipat has dropped. Titled Mard Maratha, the song celebrates the pride and strength of the Maratha Empire. The video of the song shows the Maratha warriors singing praises of their flag and alludes to their tales of bravery and courage. Filmed across a grand scale the song is rumored to have featured 1300 dancers.

The Panipat team took to Twitter to share the song, captioning their posts, “Pride in their hearts and strength in their will! #MardMaratha song out now!”

In an interview the composers Ajay-Atul talked about the making of the song and were quoted as saying, “The song celebrates the richness of the Maratha regime…We wanted to create a song which not only had a traditional feel to it but can also be enjoyed by all kinds of audiences, regardless of their age and taste in music. So, keeping that in mind we have created Mard Maratha in such a way that it appeals to one and all…The energy of the song and the way Ashu sir has shot it, brings out the forgotten opulence of the Maratha regime and is a visual treat”

Directed by Ashutosh Gowariker, Panipat is released in cinemas now!!

BIKETRAC CELEBRATE A DECADE OF SUCCESS WITH NEW 0% FINANCE OFFER