How would you describe your music style to someone who’s never heard your songs before and what do you think stands out in your own sound?   Well, first... 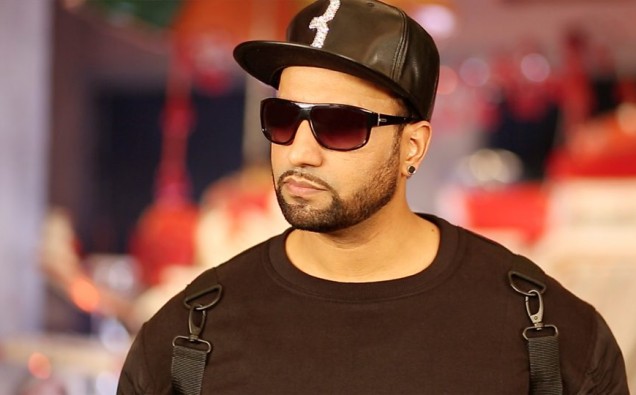 How would you describe your music style to someone who’s never heard your songs before and what do you think stands out in your own sound?

Well, first of all I was part of a duo called ‘Bonafide’ involving my best friend Ziggy and myself. We were known for our collaboration of Punjabi, English and RnB sound. Then as a solo artist I wanted to do something different. I would describe my first solo-song ‘Jaan’ as a slow, romantic track. In comparison to the song ‘Shaadi Veer di’ which I recorded as part of my duo project, it’s totally different in terms of style, flow and melody. I’m definitely always trying to bring something different to the new music I’m releasing each time.

What was your inspiration behind the music video “Wifey Type” and why did you decide to make the song?

Once again I wanted to do something fresh, the song ‘Wifey Type’ I actually wrote and composed myself. The song was actually inspired by all of the wedding-gigs that I’ve been doing, and I wanted to bring out a song that I can perform at the venues I attend. In terms of the video, I also like to capture something different each time. I actually flew-out to Pakistan with one of the country’s biggest movie directors called Imran Kazmi. The video also starred one of Pakistan’s biggest actresses Minal Khan. So as I said, I always try to think outside of the box and do something unique.

How long did it take you to establish the Asian Music group Bonafide and what success do you think you achieved?

Ziggy and myself were actually best friends from childhood, we grew up together and got into the industry at the same time due to our joint passion for music. I feel like we had a lot of success because of the new sound we brought onto the British-Asian scene from songs like ‘Ishq hogaya’ and ‘Feel it Sohniye.’ We were blessed at the time to collaborate with some of the best in the industry, people like Rishi Rich for example. We were able to tour places we had never heard of, and I’m blessed because Ziggy and myself are still in touch and often do projects and perform together.

Do you have a favourite album or singer that inspired your music style whilst growing up?

I feel like there are many artists who inspired me so it’s hard to single out just a few. But artists like 1-12, rappers like Biggie and Tupac. Then obviously on the Eastern side, Nusrat Fateh Ali Khan, in comparison to icons like Michael Jackson from the West.

If you could produce a single with any other renowned artist – from either the Desi or British music scene, who would they be and why?

Which city would you say is your biggest fan base or where you have had the best fan-based experience?

I would say I’m blessed to have a world-wide fanbase. I get amazing feed-back from the fans when I tour places like New Jersey in New York. I also think I have a really strong fan base all over the UK, which keeps me really busy in terms of gigs and the wedding season as well.

How do you differ from other upcoming and established international artists taking over the Asian music scene like Mickey Singh, Jay Sean, Miss Pooja, etc?

I guess there’s a lot of artists in the industry who buy songs and their composition from other writers and just sing the words themselves, which is totally fine. However, it’s not something that I’ve ever felt comfortable with. I have to be hands-on, and I have to compose every song I release myself each time. Also, in terms of my performance, I love getting the crowd pumped and getting audience members involved all of the time.

Being a British Asian, how do you think your music connects your Asian fans in the UK with their ethnic roots?

I think that Punjabi music is one of the ways for the youngsters to keep in touch with their culture and learn the language. I can say that from my own experience, I’m from a Kashmiri background, but I’ve learnt the whole language whilst growing-up by listening to bhangra and other Punjabi styles. It’s nice to see youngsters from the new generation still appreciating Asian music, still understanding the vibe and the culture, the themes of the songs and so on.

Not really, I think right now the global Asian music fan base is becoming one. When I started off in the industry around 10 years ago, you needed to release your album with a UK record label, and then the same album again with an Indian record label, an American record label, etc. But right now it’s all become one global platform. And in terms of the fans, they really understand the international vibe.

What’s next for Maz Bonaife? What upcoming music have you got planned for your fans and what are your plans for the upcoming year?

Yeah, I’ve got loads of new music coming up soon. I’m actually flying out to Qatar in a couple of weeks time to shoot my new music video. I’ve got other singles lined up as well, so I can hopefully give my fans more regular releases from now on.