CHHALAANG LEAPS TO VICTORY WITH THE REVIEWS

Starring Nushrratt Bharuccha & Rajkummar Rao, social comedy, Chhalaang is out now Diwali has come and gone, with everyone celebrating with fireworks and yummy food. But this Diwali seems to be an extra... 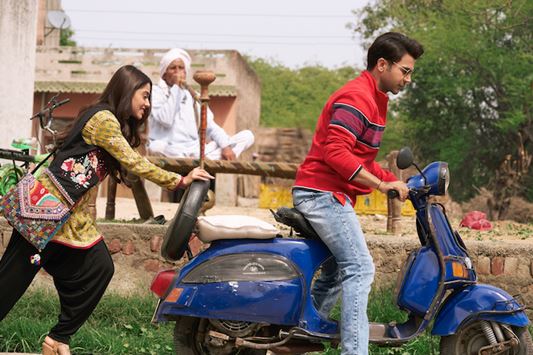 Diwali has come and gone, with everyone celebrating with fireworks and yummy food. But this Diwali seems to be an extra special one with Amazon Prime Video’s Chhalaang released just in time to add to the festivities. Directed by Hansal Mehta and starring Nushrratt Bharuccha and Rajkummar Rao with Chhalaang is making a great impact with touching people’s heart with its simplicity and quirky characters.

Critics are raving about the film and praising the ever-talented Rajkummar Rao and his depiction of Manjit ‘Montu’ Singh. Shubra Gupta from The Indian Express says, “The first thing that strikes you is the all-round authenticity of settings and accents. Rao, playing a layabout PT teacher in a local school, leads the way. One of the hardest things to pull off is the Haryanvi lingo without sounding like a caricature, and minus a few exceptions, that’s not a problem in this ensemble.”

Rohan Naahar from The Hindustan Times describes the film as “genuinely funny, the lines crackle with wit and the characters — including the supporting players — all feel like real people. Chhalaang is one of those rare small-town movies that has a sense of place — it’s set in Haryana — and doesn’t seem like it was shot at Mehboob Studio over a fortnight.”

Chhalaang is streaming on Amazon Prime Video’s as a part of the festive line up for The Great Indian Festival.

SARA ALI KHAN & VARUN DHAWAN ARE OUT & ABOUT FOR COOLIE NO.1