Celebrating the work of Master of the Bollywood Musical, Javed Akhtar  Phizzical curates a series of the celebrated lyricist and writer’s   recent works, supported as part of the BFI Musicals! new film season   This January, Phizzical’s Artistic... 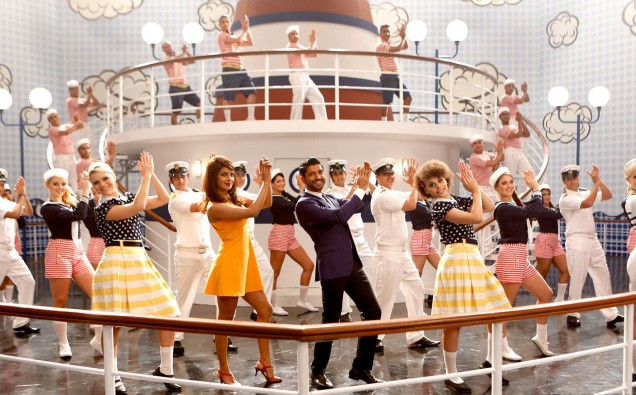 Celebrating the work of Master of the Bollywood Musical, Javed Akhtar

Phizzical curates a series of the celebrated lyricist and writer’s

This January, Phizzical’s Artistic Director Samir Bhamra curates a series of films by the master of the Bollywood musical Javed Akhtar, as part of Musicals! The Greatest Show on Screen, a UK-wide film season from the BFI, supported by National Lottery, BFI Film Audience Network and ICO.

The curation will comprise the following seminal, blockbuster hits:

Mr India (1987; Dir: Shekhar Kapur; Hindi with English subtitles; cast: Anil Kapoor, Sridevi, Amrish Puri). A poor but big-hearted man takes orphans into his home. After discovering his scientist father’s invisibility device, he rises to the occasion and fights to save his children and all of India from the clutches of a megalomaniac.

Don (2006; Dir: Farhan Akhtar; Hindi with English subtitles; cast: Shahrukh Khan, Priyanka Chopra Jonas, Arjun Rampal). A simple man, Vijay, is recruited by a police officer to masquerade as Don, the leader of an international gang of smugglers. But things go wrong when the officer is killed and Vijay is left to fend for himself.

Life Goes On (2009; Dir: Sangeeta Dutta; Hindi and Bengali with English subtitles; cast: Sharmila Tagore, Girish Karnad, Om Puri). A doctor faces challenges in life and from his daughters after the sudden passing of his wife.

Javed Akhtar is a master of the Indian musical and one of Bollywood’s most noted film writers, poets and lyricists, whose credits include cult classics such as Deewaar, Zanzeer and Sholay beside iconic songs such as Ek Ladki Ko Dekha, Do Pal Ruka Khwabon Ka Karvan, Main Koi Aisa Geet Gaonand Kal Ho Na Ho. He is a recipient of the Padma Shri (1999), Padma Bhushan (2007), the Sahitya Akademi Award as well as five National Film Awards among other accolades. In Celebrating the Work of Javed Akhtar, audiences are invited to witness this special programme celebrating the decorated writer’s 75th birthday, where he will share an insight into his inimitable craft of Bollywood musical writing.

Full screening details are given below:

Coventry University Square One Cinema: Thursday 30th January, 7.30pm: In Conversation with Javed Akhtar followed by screening of Rock On!!.

Easy Home Repairs Everyone Should Know