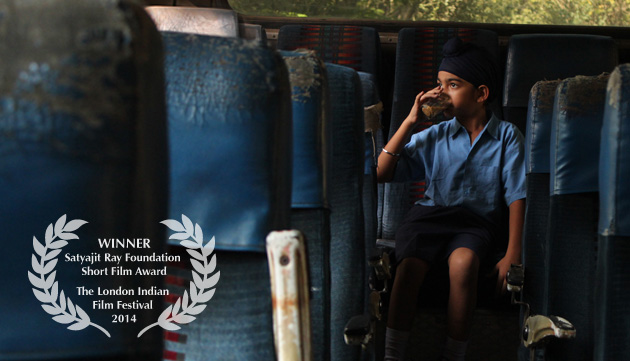 by Asian World 2020-05-17
The Bagri Foundation London Indian Film Festival (LIFF) & Birmingham Indian Film Festival (BIFF) will showcase its 9 award-winning short films that reflect the focus and ethos of Satyajit Ray’s passion for empathetic stories on the struggles of common people. After a 10 year run and becoming the largest annual Indian film event in Europe, the festival team were challenged on how to present the four city festival this June.

In reaction to the current challenging times, the solution of finding new ways to stay connected with audiences, comes via the delivery of an online version of the festival, on its own OTT Platform, for viewing at home. LIFF is the first Indian film festival to make this digital leap and will continue to push the boundaries by showing high quality movies in a diversity of South Asian languages with ‘London Indian Film Festival at Home’.

As lock-down continues in the UK, the festival is being supported by an Audience Award from BFI (British Film Institute), using National Lottery funds, the Bagri Foundation to develop a new hybrid, part-digital and part cinema based model strategy which will be rolled out this year and into the future. South Asian filmmakers have already crucially rallied to support the festival’s online initiative and this is helping LIFF offer the festival for free for a limited time.

Working with New Zealand’s Shift 72, who launched CPH:Dox online in March, a new UK geo-blocked platform will launch, with the award winners of the last 9 years of the Satyajit Ray Short Film Competition. Ray’s family granted the festival the right to use the master filmmaker’s name as the films are selected to follow Ray’s focus of South Asian experience and humanist vision. The showcased short films have been programmed together for the first time and include early works of lauded directors Neeraj Ghaywan (Cannes FIPRESCI and Prix de l’Avenir winner Masaan) and Shubashish Bhutiani (UNESCO prize-winning, BFI distributed Hotel Salvation). The festival will follow this with a host of feature films being launched in the summer.

Cary Rajinder Sawhney MBE, Executive & Programming Director of the festival says: “On the 99th birth anniversary month of the world’s most loved Indian director Satyajit Ray, it seems almost a tryst with destiny to be able to show, for the first time, all the winners together of the renowned Satyajit Ray Short Film Competition, that the Ray family kindly supported because the films must enshrine Ray’s empathetic vision of humanity. Several of these younger filmmakers, talent spotted by the festival, have gone onto very great things. Given the Bagri Foundation London Indian Film Festival’s championing of torch bearing and rare independent films and emerging filmmakers it seems right for us to launch our new online platform with these bright cinematic gems.”

Ben Luxford Head of BFI Audiences says: “We are delighted to support LIFF’s ambitious plans to present the festival online and, by doing so, ensure that this year’s programme of South Asian cinema reaches an even wider audience, starting with a unique opportunity to see the winners of the Satyajit Ray Short Film Competition over the last 9 years. We look forward to seeing the full programme as it is developed.”
Alka Bagri, trustee of the Bagri Foundation says: “We are excited to see LIFF, in their 11th year, present their incredible catalogue of Satyajit Ray Short Film Competition winners online in the UK to watch for free. With so much culture to view digitally now, LIFF offers a unique collection of stories from India which embrace both rural and urban, and male and female voices. These films display a realist quality that provides a rare glimpse into the private lives of those longing for love, dealing with family struggles or just surviving day to day. We are thrilled to support this endeavour.”
Tags
GlamGlobal newshome-slide
SHARE THIS ARTICLE
OLDER ARTICLE