National Charity Provides £4.5 Million of Support to Muslim Communities in Need During Pandemic

Charitable donations have been fundamental for supporting communities over the past year, as the pandemic has affected numerous people across the country. Thankfully, many non-profit organisations have seen huge... 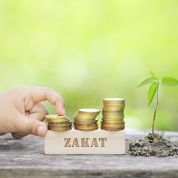 Charitable donations have been fundamental for supporting communities over the past year, as the pandemic has affected numerous people across the country.

Thankfully, many non-profit organisations have seen huge support from donors, with reports suggesting that more than third of Brits donated to charity during 2020, despite economic worries.

UK Charity, National Zakat Foundation, has announced it saw a huge surge in generosity from the UK Muslim community in particular throughout this time, raising a total of £4.92 million* to support those in need over the past 12 months, a significant increase compared to the year prior.

For Muslims, the act of donating Zakat, which is understood as 2.5% of an individual’s total wealth, is a vital part of the faith. According to the charity, however, Zakat is much more than a religious obligation.

Mahboob Hussain, Head of Marketing Communications at National Zakat Foundation, explains “Zakat is now a lifeline for UK Muslims as many struggle to gain the right monetary support elsewhere. “The generosity of Muslims in the past 12 months has exceeded our expectations and it’s incredible to see how Zakat is transforming lives and making a difference.”

The charity, which collects and distributes Zakat within the UK, has so far helped over 17,000 Muslims across the UK within the past 12 months. The foundation have plans to continue this work, with the hope that the strong sense of community and selflessness that has so far been witnessed will continue throughout the remainder of the year.

The generosity seen during the last year is at least predicted to continue over the coming months.  with a recent survey by blood cancer charity, DKMS, revealing that upwards of 44% of Brits feel more inclined to take part in charitable acts since the pandemic began.

Yet whilst the outlook may appear positive, there’s still much work to be done. Whilst donations appear to have skyrocketed across many charities throughout this time, the need for support has also increased at an equally aggressive rate. “We have received over 19,000 applications within the past 12 months for various funding, mainly surrounding hardship and housing”, adds Hussain.

Muslims are falling into poverty at a rate 10 times higher than any other demographic in the UK, meaning donations count more than ever. 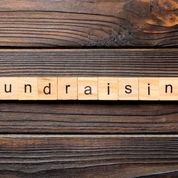 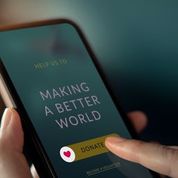 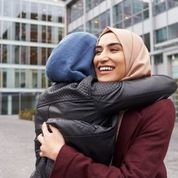 The charity are keen to encourage Muslims across the UK to continue giving what they can in order to help feed the demand for support and minimise the level of poverty within the community.

Sea, sand and fish and chips – what we love most about the British seaside