Restaurants eating into the nation’s high streets: just a quarter of premises occupied by retailers

Retail outlets are increasingly being replaced by restaurants and takeaways on high streets across England and Wales More than a third of change of use applications made to local... 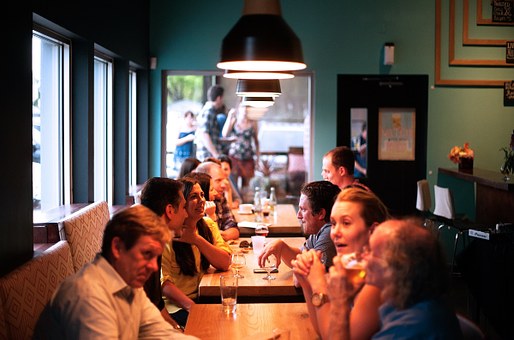 Table one: Change of Use applications by local councils across England and Wales, 2018/19

New research from Direct Line for Business1 reveals the radically changing face of high streets in England and Wales, with shops increasingly being converted into restaurants or takeaways.

Despite the difficulties suffered by many high profile restaurant chains in recent months, demand remains high for these premises. Analysing change of use applications for all types of business premises in 2018/19 revealed almost half of requests were made to convert the building for use as a restaurant or café (Class A3, 34 per cent), or a hot food takeaway (Class A5, 14 per cent). Eleven per cent of applications were to create drinking establishments such as pubs or wine bars (Class A4) and six per cent were for financial and professional services businesses (Class A2). The remaining 17 per cent of applications were for premises not included within other classifications, such as betting offices, payday loan shops or taxi businesses.

Jemma Holloway, Retail Product Manager, Direct Line for Business, said: “With the internet making it so easy to run a successful business without the traditional overheads of a bricks and mortar business, it’s no surprise to see a decline in the number of physical shops on our high streets. Shops are disappearing at an alarming rate, and with more than 10 million people living just a short walk away from a local high street, it is important for the estimated 100,000 shops that remain operating in these locations that people take advantage of them to stop them dying out.”

Across Britain there were around 7,000 high streets in 2017, which are home to more than 404,000 businesses2, five year prior to this there were 412,000 as four shops closed every day. Retail outlets account for just a quarter (25 per cent) of businesses on the high street now, experiencing a decline in every region outside London and the North West over the past five years. Meanwhile, the number of non-high street businesses has rocketed over the same timeframe, rising from 2.45 million to 2.61 million, which is an increase of 156,000, or six per cent. This is the equivalent of 86 new businesses every day.

To help support the high street,Direct Line for Business has partnered with Enterprise Nation, Amazon and Square on the launch of Clicks and Mortar, a series of high street pop-up shops, opening across the UK, giving hundreds of small online retailers the opportunity to expand their footprint and reach customers on the high street for the first time. The initiative not only helps online businesses to grow and test physical retail, it also supports the high street retail sector by filling empty shops and driving footfall. Clicks and Mortar, saw its first shop open in Manchester in June and the second pop-up shop has just launched in the St David’s Centre in central Cardiff.

“New research from [Direct Line for Business]1 reveals the radically changing face of high streets in England and Wales, with shops increasingly being converted into restaurants or takeaways.”

See the link below: