The CEO of the cryptocurrency company Quadriga has died, taking with him C$190 million in Bitcoin from clients.  30-year-old Canadian Gerald Cotten was in Jaipur, India with his wife, Jennifer Robertson, when he suddenly died due to complications... 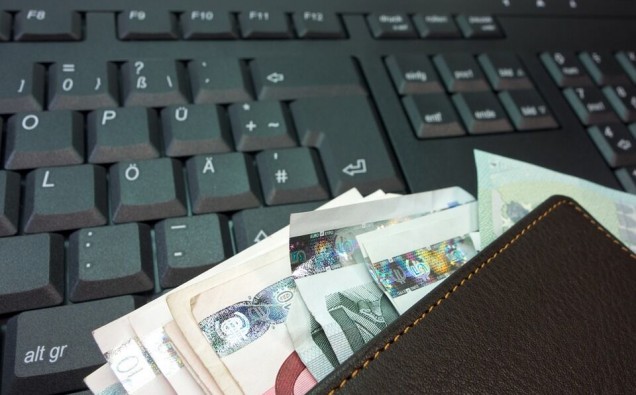 The CEO of the cryptocurrency company Quadriga has died, taking with him C$190 million in Bitcoin from clients.

30-year-old Canadian Gerald Cotten was in Jaipur, India with his wife, Jennifer Robertson, when he suddenly died due to complications with Crohn’s disease.

The company’s social media page stated that Cotten was a “visionary leader” who was in India for the “opening of an orphanage.” The couple lived in the region of Halifax, Nova Scotia, where Cotten ran his company from his laptop.

Cotten was known for being conscious about taking security measures; the laptop, email address and messaging system he used to run his business were encrypted and he took sole responsibility for the handling of funds and coins. Cotten viewed Bitcoin as technology to change the world using the virtual currency free from governments and banking systems.

Launched in December 2013, Quadriga allowed users to deposit cryptocurrency through its online trading platform. It would store the digital coins on blockchain ledgers that are only accessible by an immutable alphanumeric code. The company had become Canada’s largest cryptocurrency exchange, has 363,000 registered users. However, court filings have found that 92,000 of these have account balances that owe them money. It was also recently revealed the company transferred Bitcoins valued at almost half-a-million dollars into cold storage in early February 2018. Using this offline safeguard against hacking and theft meant these funds could not be accessed except by Cotton.

Quadriga’s had been facing liquidity problems months before this problem. In January 2018, the Canadian bank CIBC froze five accounts containing an estimated C$26m linked to Quadriga’s payment processor in a dispute over the real owners of the funds. This dispute ended in court and this money was inaccessible. Quadriga also claims to have millions in bank drafts that it has been unable to deposit into accounts, as banks have been unwilling to accept them. A “severe liquidity crunch” was created due to these issues and left users unable to access their funds. Robertson has reported that she cannot find her late husband’s passwords or business records for the company and experts brought in to try to hack into Cotten’s other computers and mobile achieved only “limited success.” The firm also cannot pay the C$70 million in cash clients are owed. All trading on the platform is suspended for now.

The Canadian Press reported that the company was granted temporary bankruptcy protection by Nova Scotia Supreme Court Justice Michael Wood, to stop any lawsuits from proceeding against the company for 30 days. Meanwhile, some Quadriga clients who claim they’re owed large sums of money are undertaking their own legal pathways, including software engineer Xitong Zou of Orillia, Ontario. Zou claims to be owed about C$560,000, being “one of the largest individual affected users” – in accordance to the affidavit filed in court on 5th February.

There has also been speculation over Cotten’s will, which was filed only 12 days before his death and left substantial assets to his wife, including many international properties, an aeroplane and a yacht. There has been online speculation surrounding Quadriga’s story, with many who doubt only Cotten had access to funds. Industry experts have analysed the transaction history and have raised the possibility that the cold storage reserves may not even exist. Others have been speculating if Cotten faked his death as part of an “exit scam” and Robertson has reported she has received death threats and online since Quadriga’s public announcement.

One thing is for certain: there are mysteries surrounding the Quadriga case that may never be resolved, and funds that clients may have lost forever.

Why Vitamin D Deficiency is such an issue in BAME communities