Included in the list is Stacey Kehoe from London, who founded Brandlective Communications Ltd in 2012. Stacey Kehoe has worked in digital marketing and brand development for the last ten years.... 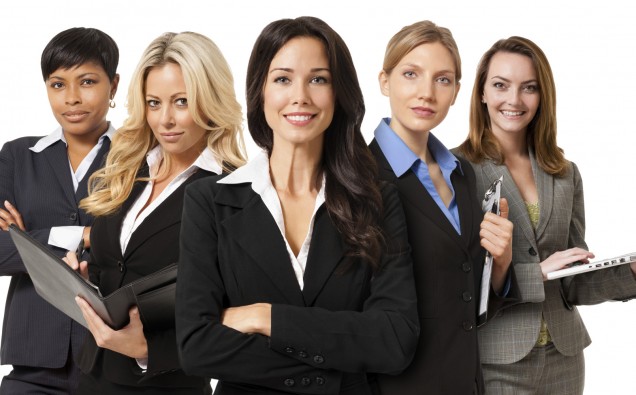 Included in the list is Stacey Kehoe from London, who founded Brandlective Communications Ltd in 2012. Stacey Kehoe has worked in digital marketing and brand development for the last ten years. She is also a podcast host and chief editor of the small business magazine, The Vault, which has gained her countless media features and award nominations.

As a highly-sought after expert, social media trainer, and speaker, Ms Kehoe has developed the one-of-a-kind Gamechanger Six-Step Digital Marketing Methodology which is documented in her book ‘Get Online: 6 Simple Steps to Launching a Digital Marketing Strategy For the Non-Tech Savvy‘. The method also forms a core part of Brandlective’s services, facilitating campaign development and enhancing the speed at which its clients gain stellar results.

She currently leads a movement called #1MillionDays: an initiative to reduce inequality through social, economic, and political inclusion of all people.

Stacey Kehoe is a part of the first #ialso Top 100, a campaign born from International Women’s Day 2018. During the event, the phrase used most by the gathered entrepreneurs was “I also…”, with each woman describing their work as being much more than a single-job career and more of a flexible portfolio.

On being listed in the #ialso Top 100, Stacey Kehoe said:

“Absolutely brilliant! It is fantastic to be acknowledged among such amazing and inspiration business women in the UK.”

The aim of f:Entrepreneur is to showcase multi-achieving women like Stacey Kehoe in the #ialso Top 100, to provide lessons of challenge and success for all small business founders – both men and women.

The campaign is built around a programme of content, stories and events including roundtables, Q&A sessions and panels as well as larger all-day events throughout the year. This year the campaign will be holding its biggest ever event in London in the week leading up to International Women’s Day.

Now in its fourth year, f:Entrepreneur is run by peak b, a campaigning organisation with a world class track record in conception, management and execution of high-profile, national campaigns particularly in the small business and enterprise sectors.

Both f:Entrepreneur and peak b were founded by Michelle Ovens MBE, who is also director of Small Business Saturday UK and chair of the Small Business Charter.

“I am delighted to reveal f:Entrepreneur’s second annual #ialso Top 100; the trailblazers demonstrating that entrepreneurialism is a space being reinvented by women. The stories of these women are incredibly inspirational and reach outside the traditional bounds of business, including a number of cancer survivors and carers, amongst many other people who do so much more than their day job.

“This is a campaign that highlights the work of incredible women, but it is not only aimed at inspiring other women. This is for men too; showing everyone that even in the toughest situations in life, it is entrepreneurs who are the people that not only survive but thrive, creating purposeful small businesses and supporting their communities every day.”

The f:Entrepreneur 2020 campaign is proudly sponsored by Tide.

Tide has made a bold commitment to supporting women in the UK in starting and running their own businesses. They have set themselves a target of helping 100,000+ female-led businesses start out by the end of 2023.