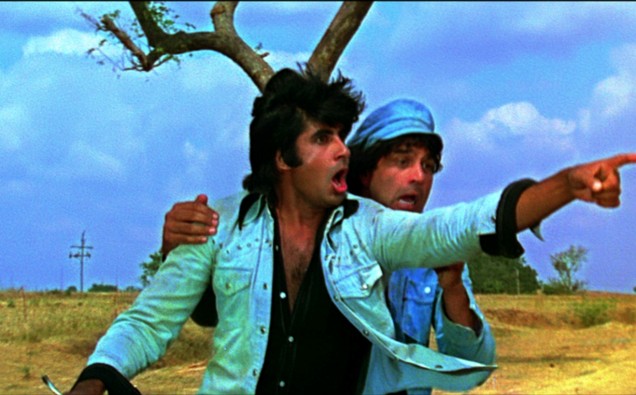 Bollywood Fever makes Bollywood history with its screening of Sholay in 3D, powered by Rishtey CINEPLEX

A custom-made screen will be erected at The ICC Birmingham on Saturday March 17th and Sunday March 18th 2018, to present Sholay, one of India’s most iconic, most loved films, like never before.

Coupled with an integrated cinematic experience for the family, cinemagoers are encouraged to get immersed in the experience and singalong to classics like Yeh Dosti and Mehbooba Mehbooba, dress up as their favourite Bollywood characters and take part in the Bollywood Fan Zone, featuring live music, dance and food.

Bollywood Fever says: “We’re so proud to organise the largest indoor 3D screening since Titanic and achieving this milestone in British cinema. It’s also exciting for us to partner with Rishtey CINEPLEX, a premium Bollywood film channel, to present Sholay in 3D.”

Govind Shahi, Business Head for Europe, America, APAC & Outbound Sales, IndiaCast, said: “We are extremely delighted to be a part of this great and extraordinary event. Rishtey CINEPLEX is all about amazing cinematic experiences and Sholay in 3D makes a perfect association for us. We hope that the people of Birmingham makes the most of this opportunity.”

Supported by the BFI Audience Fund, using money from the National Lottery, to connect audiences across the UK with the best of world cinema, Sholay in 3D, powered by Rishtey CINEPLEX, breathes new life and adds depth to the masterful classic, appealing to a new generation of filmgoers and Bollywood film fans alike.

Considered by many to be the greatest Bollywood film of all time, Sholay topped the Indian box office for 19 years after its release in 1975. It went on to receive numerous ‘Best Film’ honours, topped the BFI’s “Top 10 Indian Films” in a 2002 poll and was named in the Top 10 list compiled by London’s Barbican Centre “What London Watches: Ten Films That Shook Our World” in 2017 – 42 years after its initial release.

In 2014, over 300 people took part in the process to convert this iconic film into a 3D digital format, where every scene had to be individually restored, colour corrected and re-composited in 3D. The music has been re-composed and re-created by RajuSingh.

This will be the first time Sholay will be screened in 3D in Birmingham, appealing to generations that have not seen the magic of Sholay in theatres, those who have seen the film countless times, as well as world cinema aficionado’s.