As the corona virus outbreak continues to spread and the death toll reaches to 70, 320- the Queen of Malaysia’s empathetic gesture has warmed the hearts of people. The... 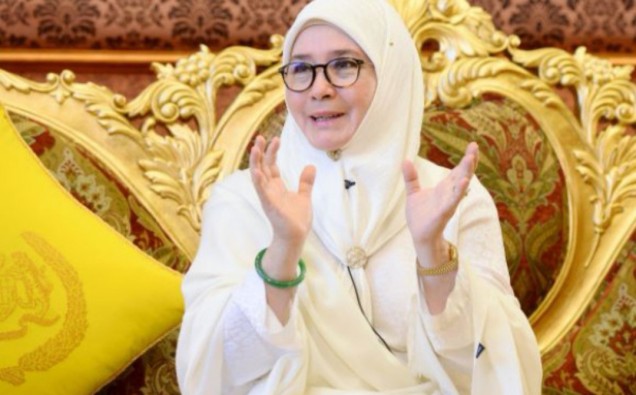 As the corona virus outbreak continues to spread and the death toll reaches to 70, 320- the Queen of Malaysia’s empathetic gesture has warmed the hearts of people. The queen of Malaysia has started helping the people by cooking meals for the doctors and paramedical staff. So far 3,793 cases and 62 deaths have been reported in Malaysia. Amidst the corona crisis, as the world continues to battle the virus and so are Malaysians, the queen of Malaysia is playing her role by utilising her cooking skills. Tunku Azizah Aminah  Maimunah Iskandariah, who is the wife of Al-Sultan Abdullah Al-Haj of Pahang, is cooking traditional Malaysian meals for those who are fighting at front line. In one of her recent Instagram post, she quoted that, “Today’s dishes that I would be sending to Sungai Buloh Hospital and the crisis Preparedness and Response Centre ( CPRC ) are ayam gulai tempoyak, fried cabbage and salted eggs. A number of photos of dishes were also posted by her. On another photo, she mentioned, “ The least I could do… for the government servants sacrificing their lifes [sic] … I salute them.”

Her Instagram post gathered a lot of praise. The queen made dishes which were sent to a number of hospitals including Sungai Buloh Hospital, University Malaya Medical Centre and the Crisis preparedness and Response Centre. Moreover, The Queen loves cooking and her Instagram account is filled with number of cakes and recipes.

Coronavirus: Thousands of foreign NHS workers to have UK visas extended for one year

Racism is a Virus: Stand Up To Racism Birmingham