Talking Stick Resort, an enterprise of the Salt River Pima-Maricopa Indian Community (SRPMIC), will celebrate its 10-year anniversary with a raucous two-month celebration commencing in April. In addition to... 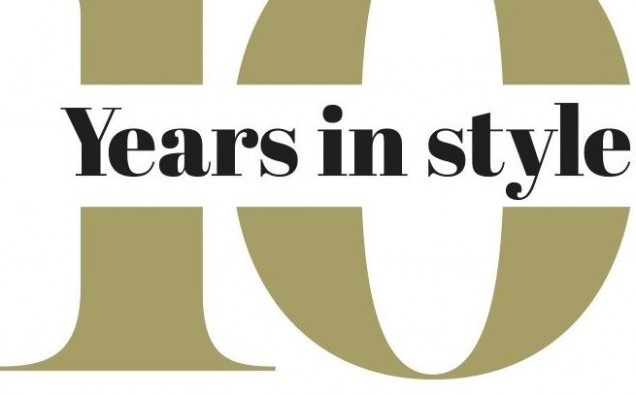 Talking Stick Resort, an enterprise of the Salt River Pima-Maricopa Indian Community (SRPMIC), will celebrate its 10-year anniversary with a raucous two-month celebration commencing in April. In addition to more than up to $10 million in cash giveaways and exciting special events, the resort has announced an exclusive poolside concert series, kicking off with the legendary Steve Miller Band and culminating with “Mr. Worldwide,” himself, Pitbull.

“When Talking Stick Resort opened a decade ago, we saw great potential for a new destination for hospitality and entertainment in Scottsdale, and the success of that vision is a great source of pride for the Salt River Pima-Maricopa Indian Community and our staff,” said Dennis Leong, president and CEO at Talking Stick Resort. “We are grateful for the reception we have received from our loyal guests and have many exciting events planned to celebrate with them.”

Celebration of Talking Stick Resort’s 10th anniversary will kick off April 1 as entries will begin to be collected for the $10 Million Dollar Anniversary Promotion. As part of the promotion, 100 lucky players will have a chance to win up to $100,000 on Wednesdays and Thursdays throughout the month. Keno and poker will also offer special tournaments and promotions in April.

The party continues in May, when Talking Stick Resort will host two legendary concerts at its pool. On May 1, the Steve Miller Band will bring the fun and a never-ending array of hits including “The Joker,” “Take the Money and Run,” “Jungle Love,” “Rock’n Me, “Fly Like an Eagle” and many more. The culmination of 10 years will occur on May 22, when global superstar Pitbull hits the pool stage. With his one-of-a-kind energy and Miami style, “Mr. Worldwide” will kick-off summer with such fan favorites as “I Know You Want Me,” “Fireball” and “Bon Bon.”

A beacon for entertainment since it opened its doors on April 15, 2010, Talking Stick Resort’s award-winning restaurants and lounges, luxurious spa and numerous live music venues have become the blueprint for others in the Valley. Over the last 10 years, the resort has been a leader in the industry, innovating such initiatives as RELEASE, Arizona’s leading Vegas-style pool parties, eSports tournaments, Wicked Ball and most recently the Arizona State Amateur Golf Championship.

Talking Stick Resort has also continued long-established events like the Arizona State Poker Championship. Held each year in The ARENA Poker Room, the State’s largest poker room, the championship has grown in size welcoming more than 1,000 players for a prize pool of more than $1 million annually.

The action at Talking Stick Resort has not gone unnoticed. Since its inception, the resort has garnered many accolades. It was named “Tribal Destination of the Year” by the American Indian Alaska Native Tourism Association in 2017 as well as “Casino of the Year” by the International Entertainment Buyers Association in 2018. Further, AAA has  continually recognized the property with its prestigious Four Diamond rating.

These honors have been a direct result of Talking Stick Resort’s hard-working staff. A top employer in the Valley, the resort and its sister property, Casino Arizona, employ more than 3,000; many of which have been with the casino-resort since its opening. Moreover, one of the resort’s biggest priorities is the career development of SRPMIC members. To that end, the enterprise established Pathways to Success, a program created for the training and advancement of tribal members as an investment into the future of SRPMIC.

For more information on Talking Stick Resort, its 10th anniversary and to join its Player’s Reward Club for exclusive offers, visit talkingstickresort.com