On the wild side: a holiday in South Africa is perfect for the Muslim traveller

The newly opened Buckler’s Africa Lodge by BON Hotels, located along the banks of the Crocodile River very near to the Park’s Crocodile Gate, is an accommodation establishment ideal for... 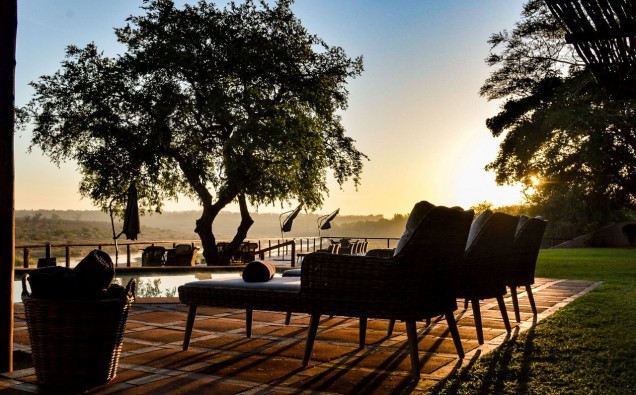 The newly opened Buckler’s Africa Lodge by BON Hotels, located along the banks of the Crocodile River very near to the Park’s Crocodile Gate, is an accommodation establishment ideal for the Muslim traveller and family. Owned by local Muslim businesspeople, one focus of this luxury hotel is to provide for Muslim travellers.

Classified as ‘dry’, alcohol is not sold on the property, and self-catering units are available, allowing Halal guests to provide for their own food needs, in addition to the lodge’s restaurant, headed up by a renowned Muslim chef. The hotel affords beautiful views into the Park, and guests are bound to be thrilled when spotting animals coming to the river to drink. Safari drives with trained guides are available.

One of the most sought-after destinations for travellers the world over is South Africa. From the iconic sights and experiences in Cape Town, to the tropical beaches of the Indian Ocean coastline, to the incredible wildlife of the north, this is a holiday destination that has an enormous number of diverse experiences for the visitor. And, there is plenty to make the Muslim visitor feel comfortable and at home.

The country has a significant history involving the Islamic faith, and major centres boast predominantly Muslim residential areas which offer Halal and Halal-friendly food. In addition, more accommodation establishments are making facilities available to meet the needs of the Muslim traveller, providing prayer rooms, prayer mats, and alcohol- and pork-free food and beverage venues. The presence of a local Muslim population also means that people practicing the faith feel safe from prejudice and bigotry, and that religious holidays can easily be practised by visitors to the country.

Cape Town has a wealth of wonderful sights and experiences for the traveller, many of which are well-known throughout the world. Take a cable-car to the top of Table Mountain for the most breathtaking views, head out across the sea to Robben Island where Nelson Mandela spent many years during his imprisonment, and enjoy the beauty that nature has to offer when you spend a day at Kirstenbosch Botanical Gardens.

And, should you want to make contact with the local Muslim community, make sure to stop off at an area called the Bo-Kaap, the historic home of the Cape Malay people. There you’ll be able to savour local Halal cuisine and find out about its roots in Malaysia, India and Indonesia.

Having travelled quite a distance from home to South Africa, it makes great sense to include a safari experience while in the country. A number of private game reserves offer exclusive tours, but the heart of the safari experience in the country is the Kruger National Park, home to the Big 5 (lion, leopard, rhinoceros, elephant, and Cape buffalo) and many other species. The birdlife is prolific and a close look at the ground will reveal a myriad of insects you may never have seen before. You’re guaranteed to see many species of buck and may well spot a crocodile or hippo when crossing a river.

So, when you’re planning your next trip, give a thought to this part of southern Africa. You’ll find unforgettable experiences, an affordable destination, and lots to cater for the Muslim tourist.