Recently, Kuwait International Airport held their  2020 Aviation Show, where around 37 countries, 200 companies and more than 70 commercial and military aircraft were in attendance.   During the opening ceremony, President... 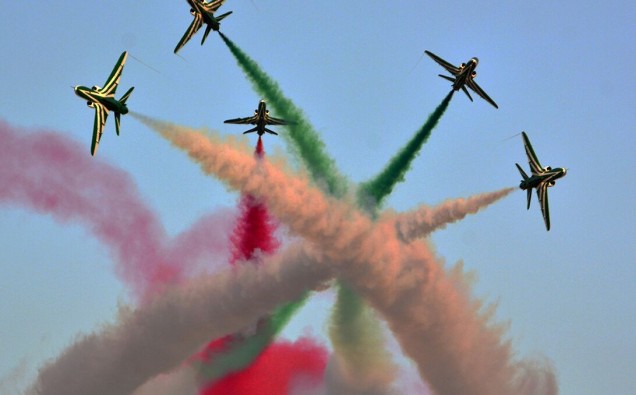 Recently, Kuwait International Airport held their  2020 Aviation Show, where around 37 countries, 200 companies and more than 70 commercial and military aircraft were in attendance.

During the opening ceremony, President of the Directorate General of Civil Aviation (DGCA) Sheikh Salman Al Sabah said that: “KAS2020 represents an opportunity to witness the latest in the world of aviation. The show in its 2nd edition coincides with the completion of significant state projects to develop the air transport sector. It also aligns with developments at Kuwait International Airport amid significant investments aimed at raising the efficiency of operations and improving aviation services.

The event received wide participation this year by specialised International companies, becoming a platform for everything related to the Aviation Industry and airport requirements. The latest military and commercial aircraft, private jets, air ambulances and helicopters were on display, in addition to other equipment related to aviation such as engines, and navigation systems, which are a requirement of civil and military airports. On the side-lines of the exhibition, several workshops were conducted to do with the latest technologies in the world of aviation. It was also affirmed that the Kuwait government is keen on empowering women in civil aviation sectors and that the civil aviation directorate supports women with all available resources.

After the press conference, the show was inaugurated, which continued for four days. More than 60,000 visitors witnessed this show which was a huge success. Different Airline companies showcased their aircrafts,  like the Qatar Airways A350-1000 , Gulfstream G500; Gulf Air Boeing 787-9 Dreamliner retro livery; Emirates A380; military and fighter jets etc. There were various air formations held by the Kuwaiti air force, Saudi hawks team, Emirati Cavalry team, Eurofighter typhoon, Italian air force flight (test wing), C-27J, US and British Air forces. The main attraction was the Qatar Air sports committee, who performed in the sky beautifully. The team jumped holding flags of Kuwait and Qatar along with portraits of Amir HH Sheikh Tamim Bin Hamed Al Thani and Emir of Kuwait HH Sheikh Sabah Al Ahmad. Not only this, but 16 skydivers formed a diamond as a part of their performance which was highly applauded by the attendees.

His Excellency Mr Akbar Al Baker said: “The sky was full of colours, and the land was full of aviation lovers, huge crowd of people were interested to know and see different planes, busy in gaining knowledge and taking photos, capturing miniature aircraft displayed at the stands, children enjoying the show by touching and sitting in the military jets to experience how it looks from inside. There were many announcements related to the future carried out by different airline companies in the press conference during the show, such as the Award-winning airline Qatar Airways Group Chief Executive. KAS is the perfect platform for us to kick start the New Year and unveil some of our exciting plans for 2020. He announced the eight new destinations which will join their airline network in 2020.”

Ismail Behbehani Head Of the organising committee, stated: “This event was a great success which signifies that Kuwait is becoming one of the main competitors in the aviation market. We appreciate all the participants who made this event successful. The great number of participants this year reflect the trust that Kuwait gained on an international level. This even serves the national economy in addition to different refreshing sectors, including transportation, tourism, telecommunication and others. The main goal of KAS2020 is to place Kuwait on the International agenda of the countries organising exhibitions that attract the world’s largest airlines.” Behbehani concluded that this year’s show was attended by a huge number of international companies from the commercial and military fields, in addition to many VIP from GCC and Arab countries.

The show ended with the sunset, each and everyone returned home with beautiful memories of the event. The Next Kuwait Aviation Show will be held on the 19th of January 2022.