Microsoft Can Survive Its $7.5 Billion Bethesda Purchase Without Bringing Future Titles To PS5

Forward-looking: Like it or not, Bethesda is joining the Microsoft family in the near future, further consolidating Microsoft’s hold over first-person RPGs while giving it a foothold in several other... 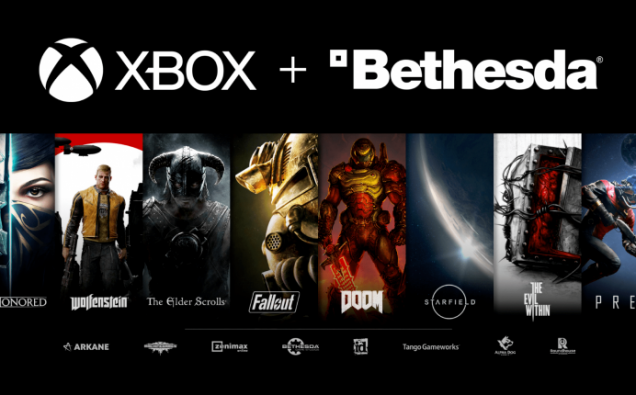 Forward-looking: Like it or not, Bethesda is joining the Microsoft family in the near future, further consolidating Microsoft’s hold over first-person RPGs while giving it a foothold in several other genres, such as MMOs (courtesy of Elder Scrolls Online) and immersive sims (Dishonored).

What that might mean for the future cross-platform availability of Bethesda’s upcoming epics, such as Elder Scrolls 6 or Starfield, is still up in the air, but Xbox chief Phil Spencer did shed some light on the company’s philosophy today.

While nothing is set in stone, when asked by Kotaku whether or not Microsoft could earn back its $7.5 billion purchase of Bethesda without selling the Elder Scrolls 6 on PlayStation, he replied with a firm “Yes.”

Notably, he did go on to state that the deal was not penned just so Microsoft could rip games away from PlayStation users. “Nowhere in the documentation that we put together was, ‘How do we keep other players from playing these games?’” Spencer says. “We want more people to be able to play games, not fewer people to be able to go play games.” Spencer clarifies that he was “just answering directly” the question that was posed to him, but his words nonetheless imply that Microsoft could be willing to make future Bethesda titles Xbox and Windows exclusives. At the very least, there would be no significant financial barrier preventing them from doing so. If not Starfield, perhaps Elder Scrolls 6, or even Fallout 5, whenever that releases.

Still, we’re not looking to generate fear here. Microsoft could just as easily decide that the PR hit it would take by snapping up Bethesda’s games and making them first-party exclusives wouldn’t be worth the potential console sales revenue boost.

Frankly, we won’t know precisely what Bethesda and Microsoft have planned for the former’s future titles until they get properly revealed, so we should all stay tuned and wait for that day to come.