England Women’s final preparations for the ICC Women’s T20 World Cup were dealt a surprising blow in Adelaide with a 10-wicket defeat to Sri Lanka.  Heather Knight won the toss... 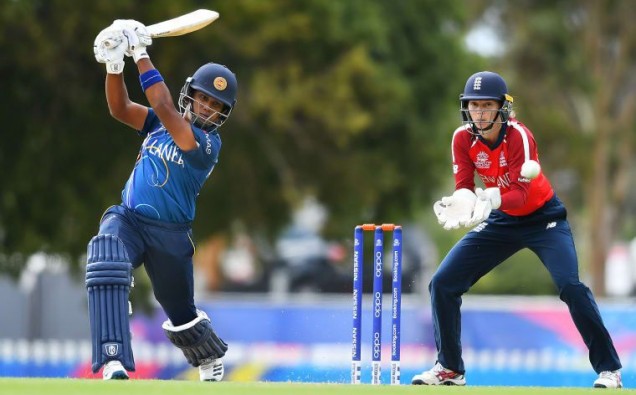 England Women’s final preparations for the ICC Women’s T20 World Cup were dealt a surprising blow in Adelaide with a 10-wicket defeat to Sri Lanka.

Heather Knight won the toss and batted first but her team – with a slightly rejigged order – never got going, losing regular wickets to Sri Lanka’s spinners and reaching just 122/9 from their 20 overs.

Early wickets were the key to defending such a below-par total – in particular the wicket of dangerous Sri Lankan skipper Chamari Athapaththu – but it wasn’t to be as Sri Lanka attacked the powerplay and got home inside 13 overs.

It was a chastening defeat for England, who looked far away from the side that comfortably overcame New Zealand at the same ground two days previously.

The team travel west to Perth tomorrow ahead of Sunday’s World Cup opener against South Africa at the WACA.

Heather Knight: “It was a disappointing performance, but I’d rather we got it out of the way ahead of the World Cup.

“Their spinners bowled well and drove it into the pitch and we probably didn’t adapt to that quick enough, and when you add in a few run-outs it gets more difficult.

“Chamari batted really well for Sri Lanka and she just took the game away from us. It might give us a little kick up the backside, which might not be a bad thing.

“We’re still in a good place. We’ve played a lot of good cricket over here and we need to take that into our first game against South Africa.”

BAAGHI 3 ‘BHANKAS’: GET READY FOR THIS YEAR’S BIGGEST SHAADI SONG

BEHIND THE SCENES: AKSHAY KUMAR SUMS UP HIS SHOOTING EXPERIENCE WITH KATRINA KAIF