PEOPLE OF BIRMINGHAM TO HAVE A TASTE OF THE BIG SCREEN

Uni-versal Extras are heading to Birmingham on the lookout for supporting artists to take part in a new major feature film from the Producers of Murder on the Orient... 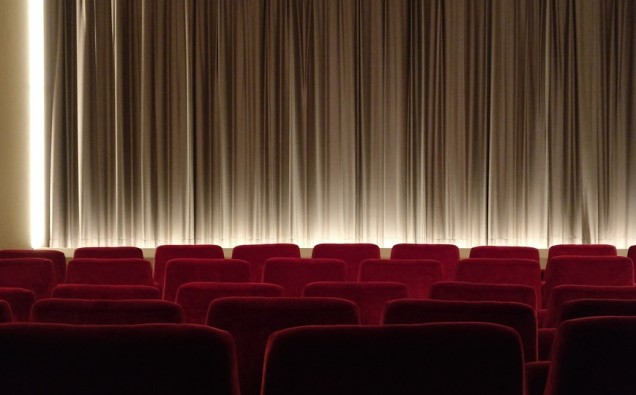 Uni-versal Extras are heading to Birmingham on the lookout for supporting artists to take part in a new major feature film from the Producers of Murder on the Orient Express, Logan, and The Martian.

The Pinewood Studios based casting agency is one of the UK’s leading agencies with a proven track record of supplying supporting artists for film, broadcast and commercial clients.

This is a fabulous opportunity for people in and around Birmingham to get involved with this exciting new project filming in the region over the coming months. The film is set over some major cities across Africa, the Middle East and the Mediterranean, so Production are especially keen to see people who originate from these areas. The open casting itself is completely free to attend and any roles obtained are paid work – the only requirement is that any person attending must be over 16½ years of age with the right to work in the UK.

Amy Leyshon, Events Coordinator comments: ‘We work on the biggest and best feature films and have provided supporting artists for numerous projects including Rocketman, Disney’s Aladdin and both the Star Wars and Fantastic Beast franchises. We have a really exciting project coming up in and around Birmingham and the Midlands, so are looking for people to come and register to work as supporting artists with us. We look forward to meeting everyone!”

The casting will take place from 9:30am – 5pm on Saturday 31st August in the Horton Suite, Macdonald Burlington Hotel, 126 New Street, Birmingham, B2 4JQ. 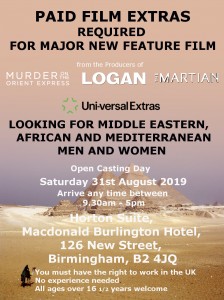